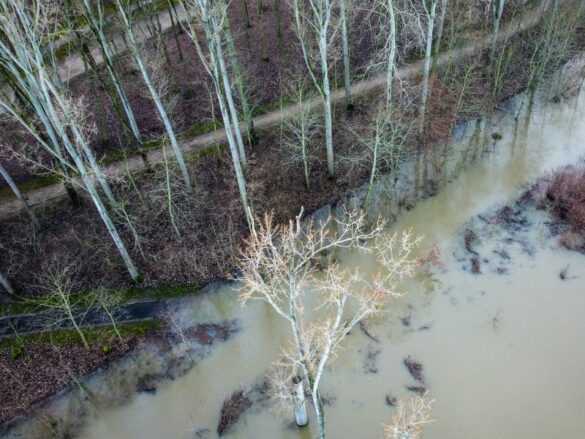 A river baptism that went wrong in South Africa has taken 15 lives, including a three-month-old baby.

On December 3, 2022, a local church in Alexandra, Johannesburg, reportedly from the Johane Masowe Group, conducted a water baptism in the Jukskei River.  But what was supposed to be a celebration turned out to be a day of horror as participants got swept away by the rushing waters of the river. It was most likely caused by the heavy rains that flooded the region.

Pastor Kind Kupe, who headed the event, was also caught by the strong flow of the water. Fortunately, church members rescued him. Relatives of the victims are searching for him as he is nowhere to be seen after the accident.

Tefo Raphadu, Alexandra ward counselor, told the News24 community’s sentiments. “All of us are concerned. We want to get to the bottom of what happened. And the pastor is the one who can give us those details.”

But Phindile Masola, one of the church members, tried to defend Pastor Kind. “We knew him. We wouldn’t go to someone we did not know,” she said. “He is a very kind and sweet person, who was never after money.”

At the same time, Phindile could not help but feel saddened by the loss of her mother and a relative who joined the baptism ceremony.

However, researchers see the incident as an example of some challenges humans have to face because of climate change.

“Without proper information filtering to the grassroots on climate change, we are likely to see more tragedies,” said one professor at the University of KwaZulu-Natal.

Retief Muller, researcher and associate professor of mission and world Christianity, also agreed with the claims. He said, “I would not assume malicious intent on the part of the church leaders. Insufficient knowledge of the environment and how to coexist with it is more likely the real culprit.”

But South Africa’s Commission for the Promotion and Protection of the Rights of Cultural, Religious, and Linguistic Communities said that freedom to express one’s faith should be accompanied by greater levels of responsibility by the faith leader. “The practice of a person’s faith should always ensure the protection and preservation of one’s life and dignity,” they said regarding the water baptism accident.