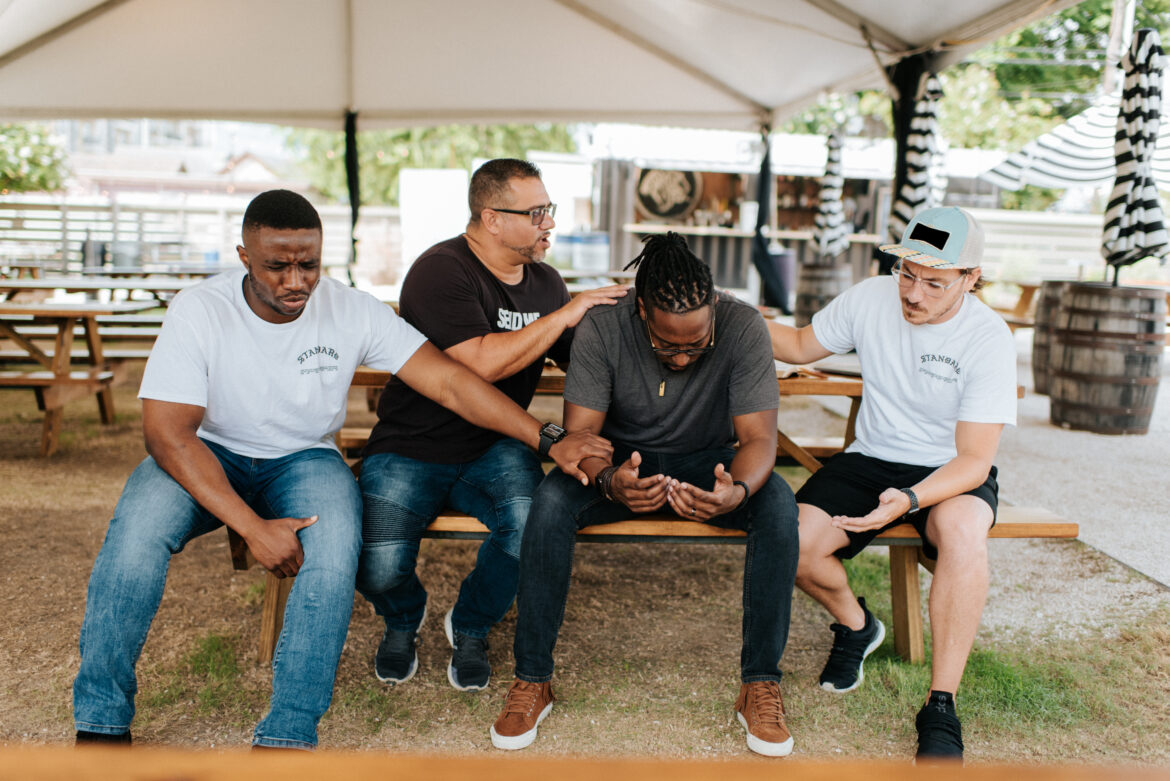 In Acts 1:8 it says this, “But you,” say, “you” say, “me,”  “You will receive power when the Holy Spirit comes upon you, and you will be my witnesses in Jerusalem, Judea, Samaria, and the ends of the earth.” I wanna share a powerful testimony with you. This verse is saying that you and I, you and me are gonna receive power when the Holy Spirit comes upon us, and that we are called to be witnesses. God wants to use you, and God wants to use me to see miracles happen in the earth.

You know, when Jesus teaches us how to pray on earth as it is in heaven, God chose for on earth as it is in heaven to flow through you and I.  He wants to partner with us to see miracles. And I wanna share this story of the breakthrough that I experienced because I believed the word of God, but I wasn’t seeing it happen in my life. And it was when I received an impartation. I was on a ministry trip in Mexico. I had gone with my pastor. He had been in Mexico for 20 years and come back to the States. And there were about five or six of us on the team, and the church was about a thousand people. And there was a conference going on and we were the ministry team. And I believe this first: that I had received power from the Holy Spirit and that I would be His witness in Jerusalem, Judea, and Mexico, right? Because the Holy Spirit wants to partner with us. The same power that raised Christ from the dead lives in you and I.  And I believed all these scriptures, but I didn’t see it happening in and through my life. You know, Jesus says you’ll do greater works. And I was believing the word of God as truth, but I wasn’t seeing it.

So we’re in Mexico. We go through the first session of the conference and in between sessions, one of the leaders at the church, she couldn’t speak very good English, but she prayed for me and she came up to me and she just laid hands on me and she released an impartation. I didn’t know it at the time, and she just prayed in broken English and then a lot in Spanish. But she just prayed. And then she said, “Everything I have, I give to you.” And it was an impartation and I didn’t feel anything. I didn’t like, I didn’t start weeping, I didn’t feel heat, I didn’t get tingly or anything. She just prayed that. And you know, it was this short prayer and then the rest in Spanish that I didn’t understand. And so we go to the next session and they call people up at the end that need prayer. And you guys, there was like five or six of us on the team that had come to pray for the church and be a part of the ministry team. And like 200 people came up and there was like a row of people in a line and then a row behind them. And the only Spanish that I could come up with that I knew that sounded like a prayer was “mas fuego,” which means “more fire,” because the Holy Spirit is fire, right? And I knew how to say, “mas” and I knew how to say, “fuego.” And remember, this lady had prayed for me in the break. And as soon as I started praying for people, I had also watched this video where I saw somebody pray for somebody, but they didn’t actually touch them, because they wanted them to know it was the Holy Spirit touching them. And so I was just gonna try that.

You know, Peter took a risk and stepped outta the boat. I was gonna pray for people, because there’s 200 people needing prayer and there’s five of us. So, you know, I believe the word and I was gonna take a risk. And so I started down the line and I would just say, “Mas, mas,” (more) “fuego, mas fuego.” And I prayed for the next person. I got to like the second or third person, and I prayed my really long prayer in faith “mas fuego.”  They fell over under the power of God. And then the next one, and then the next one, and then the next one. And it was so powerful. And I saw people get healed. I saw people encounter the presence of God as I partnered with the Holy Spirit by faith. And you know, I think because there was a limitation in the language barrier, like God met me there because I just had a childlike prayer; this short prayer that was the only, you know, that’s all I knew how to say as a prayer. And God showed up and He broke through and people got set free. We did a fire tunnel, praying my little prayer. People would walk through a tunnel of us praying. Somebody’s back got healed.  I wasn’t speaking Spanish, I was just by faith releasing.

And so I just wanna pray for you right now, for you to have an impartation of faith like a child. And I just release an impartation, that same impartation that she prayed for me. I release over you the encounter that I’ve experienced and the presence of God, everything He’s given to me, I release over you right now in Jesus’ name, and a boldness to step out, take a risk, and to pray for people to see God bring heaven to earth through you as you partner with the Holy Spirit. In Jesus’ name, Amen.