BREAKING
At Least 1 Killed, 22 wounded In Bombing In Jerusalem by “Organized...
United Arab Emirates To Include Holocaust Education In School Criteria
US Group Wants Israel To Become Key Hub For Medical Supplies, Replacing...
Home Articles Praying For President Trump From The Courts Of Heaven

Praying For President Trump From The Courts Of Heaven 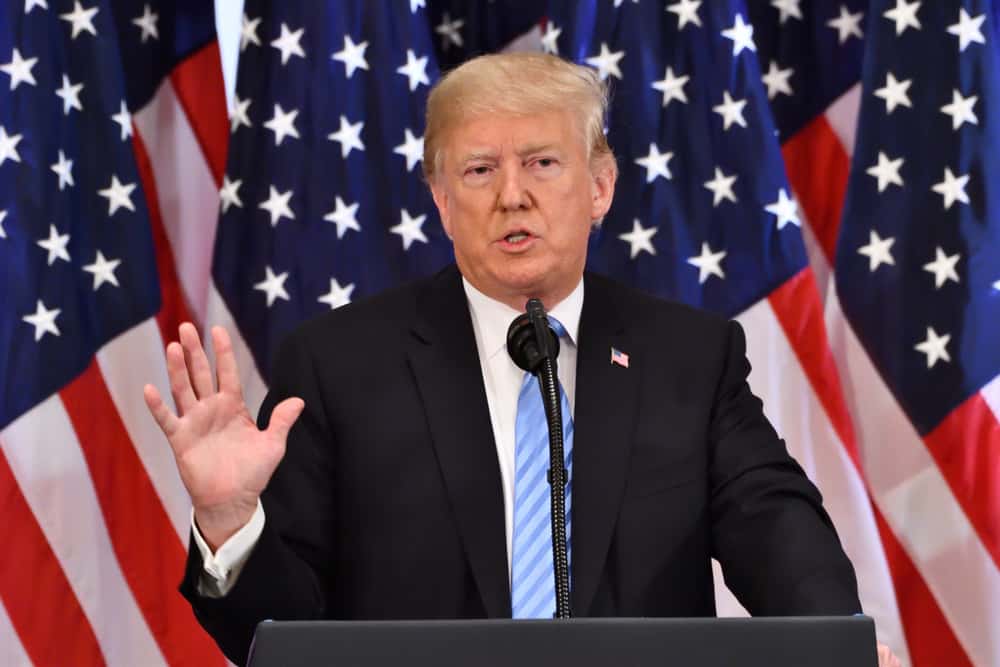 As I have diligently prayed for my President, Donald J. Trump, I have become aware of some things prophetically. First, let me say that my mandate to pray for my President came in a dream within a week of him being inaugurated in January 2017.

In the dream, President Trump came to me and asked me to be his running mate for the 2020 elections. When I woke up I wondered why I was having a dream about his being re-elected when he was just beginning this term. The Lord then spoke to me and said, “What I intend to do through him will require two full terms.

I need for you to run with him in the Spirit for this to happen.” I have sought to do this for President Trump, his family, his cabinet and his administration.

During this time of seeking to be faithful to this mandate, I have sensed many things. Just recently however with a fresh understanding, I have become aware of where I believe we are in President Trump’s tenure and America as a nation. I share these prophetic ideas for the purpose of prayer strategies for us who desire God’s passion in our nation.

God has led me to Psalms 2:1-6. These verses are heavily prophetic for the season and time we are in. The entire chapter is significant but these verses, in particular, embrace the scenario now present in our culture.

“Why do the nations rage, and the people plot a vain thing? The kings of the earth set themselves, and the rulers take counsel together, against the Lord and against His Anointed, saying, ‘Let us break Their bonds in pieces and cast away their cords from us.’ He who sits in the heavens shall laugh; The Lord shall hold them in derision. Then He shall speak to them in His wrath, And distress them in His deep displeasure: ‘Yet I have set My King On My holy hill of Zion”.”

They may rage, plot vain and unimaginable things but they will not prosper. We see these things happening on a daily basis but they will not be fruitful nor succeed. The reason is God has “set” President Trump. In other words if God is for us, then who can be against us. (Romans 8:31)

We as the Church need to order our prayer this way. We must stand and pray that who God has set will not be uprooted nor removed. We are then standing in agreement with His Word over President Trump.

The other thing in these verses is a four stages of judgment against that which fights against God. These are they who imagine a vain thing of being able to remove God from our life and culture! This is the Antichrist spirit that is against the Lord and His Christ.

This scripture says that God who sits in the heavens will laugh. The word sit is the Hebrew word yashab and it means to sit down as a judge. So Psalms 2 is God operating from a judicial place over nations. There are verdicts, decisions and judgments being rendered that determine the future of nations.

When a nation and its leaders rage, imagine a vain thing, set themselves against the Lord through the antichrist spirit and take counsel together of how to remove God’s influence over them and their culture, God will render verdicts and decisions to not allow this to happen. He will arise to reclaim the nations for His inheritance and the ends of the earth as His possession.

The first of the four stages of judgment from His Throne is God laughs. This happened on election night in November 2016. The night President Trump was elected God laughed. They thought they could do whatever they wanted. However, the Lord upended their plans. 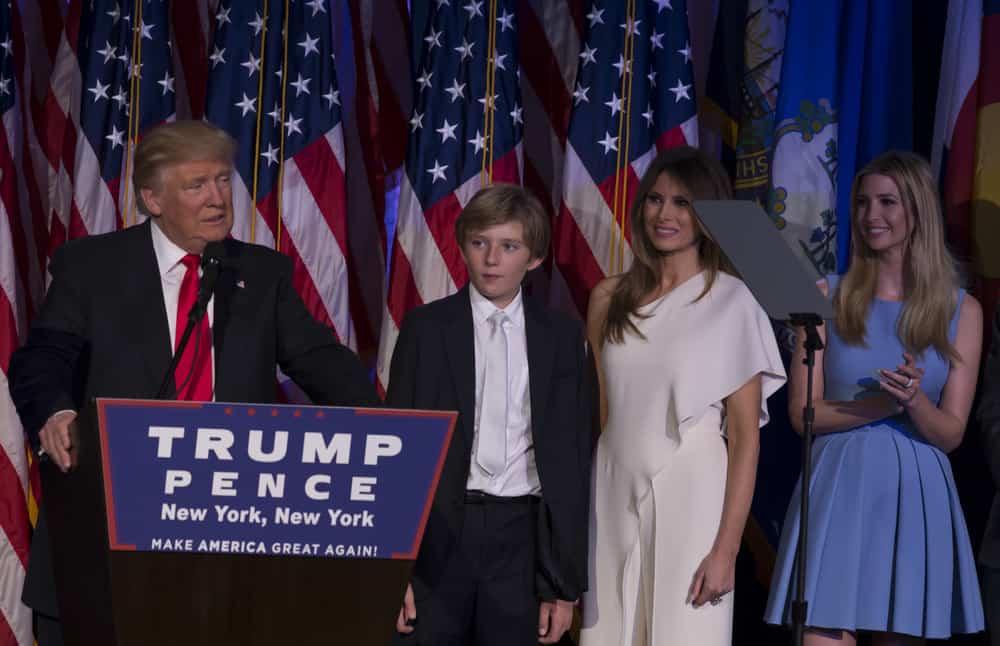 My wife Mary had asked me what I thought was going to happen before the election. My response was, “He who sits in the heavens will laugh.” This is exactly what happened. God laughed at the ridiculous idea that they could remove Him from culture. I believe many times even the laughter that occurs in the Spirit though God’s people is God laughing at His enemies.

It is actually the judgments of God against that which is fighting the purposes of God. He sits as the Sovereign Lord of all the earth. From this place He pulls one down and raises another up. As He does this He laughs in scorn at the Antichrist spirit and its idea that it could ever prevail against Him.

Should society lose regard for the court system of a culture, it will spiral into chaos. Everyone will begin to do what is right in their own eyes. This has progressively become what is happening in America and even the nations. All regard has been lost for the Lord and His Court.

This happened to King Nebuchadnezzar. He became arrogant and proud. God let him become as a beast of the field for seven years, that he might know that the most High rules in the kingdoms of men and gives it to whomsoever He will. (Daniel 4:32)

God found him in contempt of court and sanctioned him. The result was King Nebuchadnezzar was humbled and developed a fear of God. I believe there are leaders in America who have been found in contempt of court. They have no regard for God and His Court system. They will be sanctioned by God, if the Church will stand in righteousness. God will arise and restore the fear of God to our nation.

The third stage of judgment is God speaks to them in His wrath. Nebuchadnezzar was warned in a dream that judgment would come. God spoke to him. Then after 12 months because he remained arrogant, a word came from Heaven and the sentence was executed in Daniel 4:30-31.

” The king spoke, saying, “Is not this great Babylon, that I have built for a royal dwelling by My mighty power and for the honor of My majesty?” While the word was still in the king’s mouth, a voice fell from Heaven: ‘King Nebuchadnezzar, to you it is spoken: the kingdom has departed from you!’ “

God actually gave Nebuchadnezzar 12 months to repent. However, because he refused the Word from Heaven, judgment came. I believe this is where we are. I believe that God is speaking to many in His wrath. He has laughed at their idea of removing Him. He has found them in contempt of His Court. I believe now He is speaking in His wrath and warning them.

If they do not repent then the fourth stage of judgment will come as it did with Nebuchadnezzar. He will distress them in His deep displeasure. The integrity of who He is and His Court system is at stake. God will not allow nations to cast away His cords and break His bonds.

He will not allow His hold on nations to be removed. For this to happen, the Church must take its place in the nations and stand for righteousness. We must stand in the Courts of Heaven as a witness to God’s passion and purpose. When we do, we become what is necessary for righteous judgment to come into our nation and the nations.

Judgment that brings justice can prevail as we stand in His Courts and plead the case of America. God can move sovereignly. He desires however to allow His Church to be a part of the process and procedure. 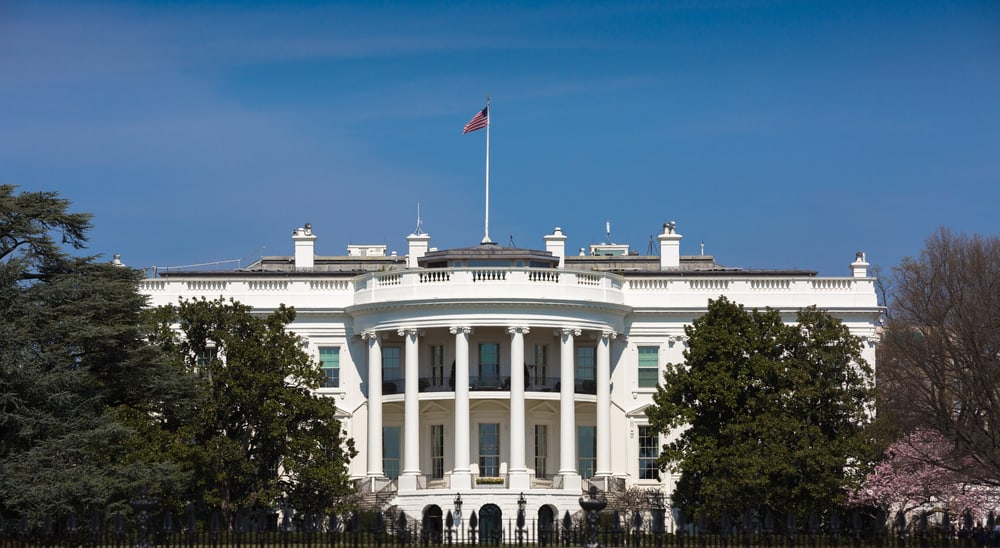 Prayer from the Courts of Heaven

Please pray this prayer with me:

Lord as we stand as Your Church before Your Courts, we acknowledge that You are the One who sits in the heavens. You Lord are the Judge of all the earth. Lord, we believe that already judgments have began to come from Your Throne. These judgments are not designed to destroy but to reclaim nations to their God ordained destinies.

Lord, we thank You that You have set President Donald J. Trump. He is firmly established as the one You have chosen. We ask Lord as Your Church that all efforts to unseat him come to nothing. We ask that what You have decreed will be the final word concerning President Donald J. Trump. We thank You that he will complete this first term and be re-elected for the second term. The heathen will rage Lord, but Your will shall be done.

Lord You have laughed and continue to laugh in mockery at the enemy, the anti-christ spirit. We thank You that this spirit is judged by You. That which has come to ridicule, You Lord have ridiculed.

Thank You Lord that You have found this spirit and those who agree with it in contempt of Court. For the sake of Your Courts authority and influence,You are setting sanctions in place against these who have held You and Your Court in contempt. Lord, let it be known that You are the God in Heaven and You rule in the affairs of men.

Lord we also ask that You would now speak in Your wrath to these who would seek to cast Your influence away. Arise O God and defend Your purposes in the earth through Your chosen vessels. Let Your will be done on earth even as it is in Heaven. Speak and bring these to repentance if possible even as You did Nebuchadnezzar. Let them “kiss the Son, lest He be angry and they perish from the way.”

Finally Lord, should they not repent, distress them in Your deep displeasure. Let them not claim the nations for the purposes of the anti-christ. Arise O God and defend Your will and passion in the nations. We humbly stand before You and request this for the sake of Your desire in the earth. Let not our nation perish from the way, but let it be established as “One nation under God, indivisible with liberty and justice for all.” Restore us O God we pray!

Robert Henderson is the Apostolic Leader of Global Reformers, a worldwide apostolic family of over 100,000 Kingdom leaders and 7 Mountains influencers. He is also author of the best-selling Operating in the Courts of Heaven series.