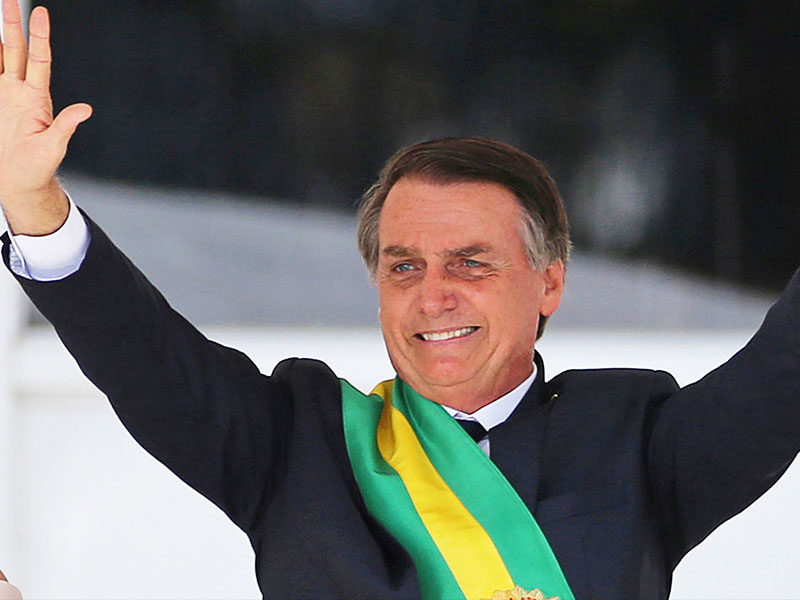 A historic day happened in Brazil when thousands of Christians including President Jair Bolsonaro gathered on Saturday to declare that Brazil belongs to God.

According to the report from Fox News, the massive event’s organizer never invited President Jair but he came on his own. He was there to witness the historic day for Brazil that was said to be the “largest Christian simultaneous event in Brazil’s history.”

Millennials In The Philippines Spark Revival To Fight For This Generation

The Send Brazil was held at Brasilia’s stadium. On stage, the honored President boldly declared his faith in Jesus and that “Brazil belongs to God.” He was then met by thunderous applause from hundreds of thousands.

Unity In The Body Of Christ

In an interview, two of the organizers Andy Byrd and Teo Hayashi told Fox News that it took “unparalleled unity” to put together the massive event. Amazingly, thousands of attendees turned to Jesus, “committed to fasting, Bible reading plans and missions to the nations, colleges and high schools.” The Send Brazil is part of “The Send” which was founded last year in Orlando by seven ministries.

“The outpouring of healing, miracles, signs and wonders was mind-blowing, the display of God’s power in all three stadiums,” said Andy, leader of Youth With a Mission (YWAM).

“This whole event was about the exultation of Jesus. And the empowerment of the 24-year-old, equipping the next generation to change the world.”

Big Names Were In Attendance

Teo, co-organizer and founder of the Dunamis Movement and Pastor Sao Paulo of Zion Church highlighted social justice. They encouraged “reaching college campuses and high schools, as well as adoption of vulnerable children and teenagers – struck a chord with the nation.”

“God activated a huge evangelical youth church to the great commission. And God empowered a generation to do the works of Christ beyond the four walls of the Church,” Teo said.

Evangelist Daniel Kolenda declared, “God is on the move in Brazil!”

Christine Caine encouraged the younger generation, “We cannot keep this good news to ourselves. Empowered by the spirit of God, we must make Jesus’ last commandment our first priority.”

Among the thousands of attendees was 18-year-old João Bevilacqua.

“The most memorable thing for me was when a man got up from his wheelchair. And then raised his wheelchair for everyone to see that he got healed!” he told Fox News in an interview.

Another interviewee Carol Satyro, 23, said, “I saw young people telling testimonies of life transformation. I saw teenagers intercede for my country. And I saw thousands of people committed to read the word, adopt orphans, embrace university students and live the true gospel!”

Furthermore, a remarkable commendation from Carolina Martins, 22, said, “The Brazilian Church was exhorted to go in an extraordinary way. The glory of God was palpable, we were able to experience the cures and wonders. The deaf heard again, the blind saw, the paralyzed walked again. In one voice we declared: ‘Here I am, send me.'”

For just $100 per month you can bring the gospel to 10,000 homes. Join us as media missionaries! GIVE NOW
VIEW COMMENTS
« God’s Word For You Today Christian Movies’ OST Nominated For Best Original Song And Performed On Oscar’s 2020 »