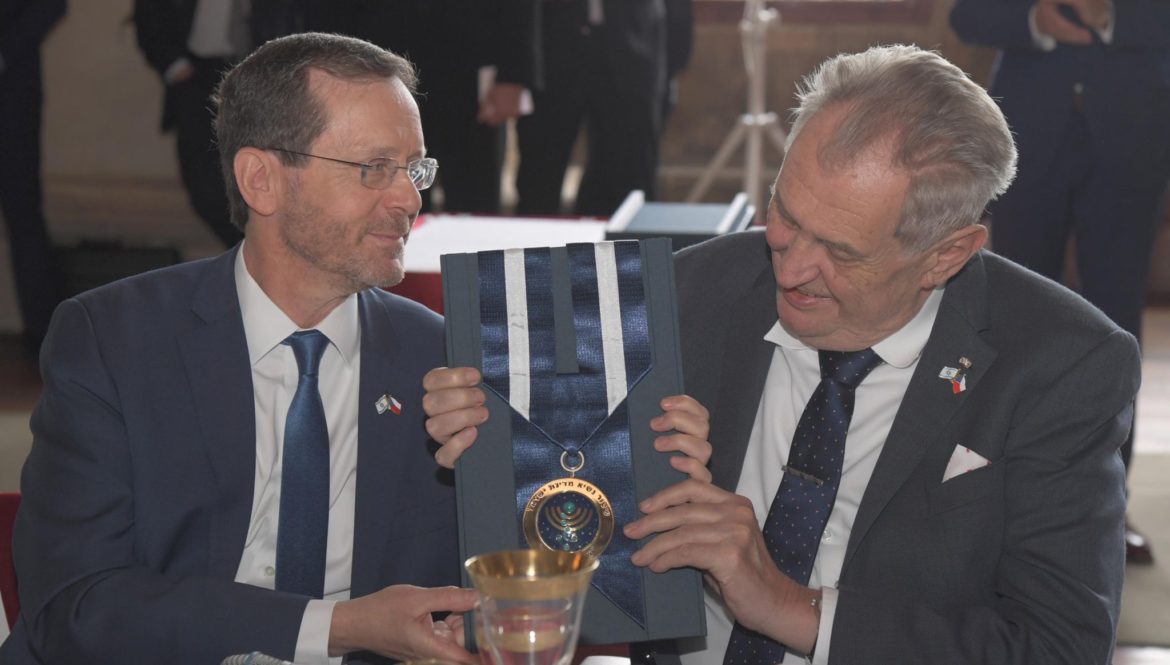 At the start of a state luncheon that followed, President Herzog awarded President Zeman the Israeli Presidential Medal of Honor, presenting the honor for the first time in his presidency. In its reasoning, the Israeli Presidential Medal of Honor advisory committee noted the Czech President’s deep friendship with the Jewish People, his consistent support for Israel on the international stage, and his “zero tolerance” policy toward terrorism and antisemitism.

President Herzog said, “President Zeman, for many years you have proven beyond all doubt that the possibilities and opportunities within you are well-known and famed as a beacon and an example for all of us, for the Czech Republic, for Israel, and for the whole of humanity.”

Herzog went on to call President Zeman an important ally, adding that “his love of Israel has given it renown in the family of nations. It is no secret that for several decades, Israel and Czechia have been true partners, learning from each other, supporting each other, and relying on each other.”

Herzog said that Israel will always remember the Czech support for the establishment of the State of Israel (then still part of Czechoslovakia), as well as the Czech Republic’s greatest leaders. Israel’s President went on to say that two nations have, for many years, shared amity and partnership that advanced their nations’ shared ideological, economic, and security interests.

Czech President Zeman said, “We face another opportunity to strengthen our collaboration in many fields, including defense, security, and technology—a field in which we are familiar with the virtues of the Israeli side.”

“Needless to say, the Czech Republic fully supports the Israeli people against the international community. In this context, we also discussed with Mr. President the anti-Israel decision of the U.N. Human Rights Council, a decision that we have both forcefully condemned.”