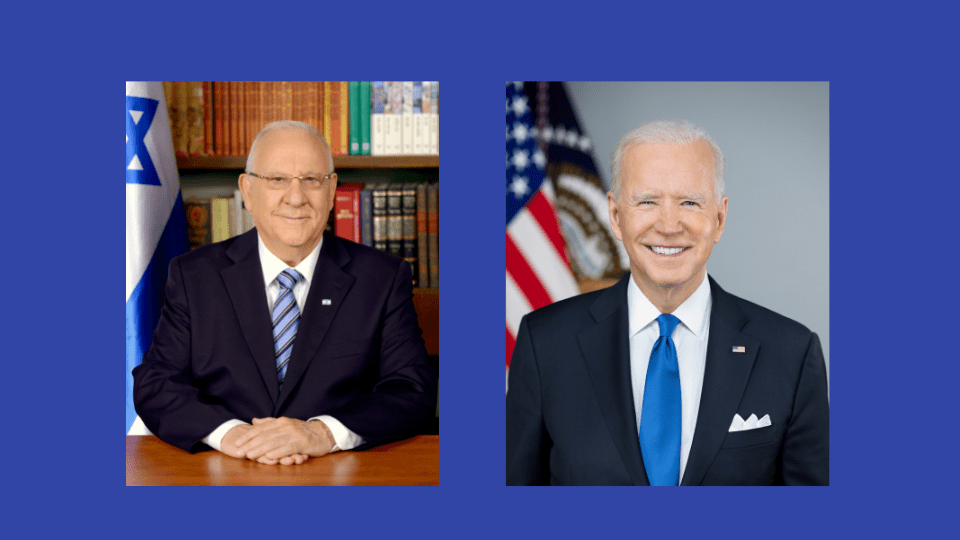 Israeli President Reuven Rivlin departed on Saturday night on a farewell visit to the US at the invitation of President Joe Biden.

The presidents will meet on Monday at the White House.

This is Rivlin’s last official state visit before he leaves office next month.

Rivlin stated that he is departing, “for the last time as president and on behalf of the State of Israel, on a farewell visit to Israel’s closest ally and friend in the world – the United States of America.”

“On my visit, I will meet President Joe Biden, a true friend of the State of Israel for many years and I will thank him for his genuine concern for Israel’s security and its citizens. I will also hold meetings at the UN to discuss regional issues on our agenda and meet the American Jewish community which is so dear to our hearts,” he said.

One of the topics on the table during his is the Biden administration’s efforts to renew the nuclear deal with Tehran, a development feared by Jerusalem.

Rivlin is slated to meet with Speaker of the House Nancy Pelosi and Democratic and Republican members of the House, UN Secretary-General António Guterres and foreign ambassadors at the UN, and leaders of the American Jewish community.

He will return to Israel on Wednesday in time for a state reception ceremony for President Dr. Frank-Walter Steinmeier of Germany and his wife on Thursday.