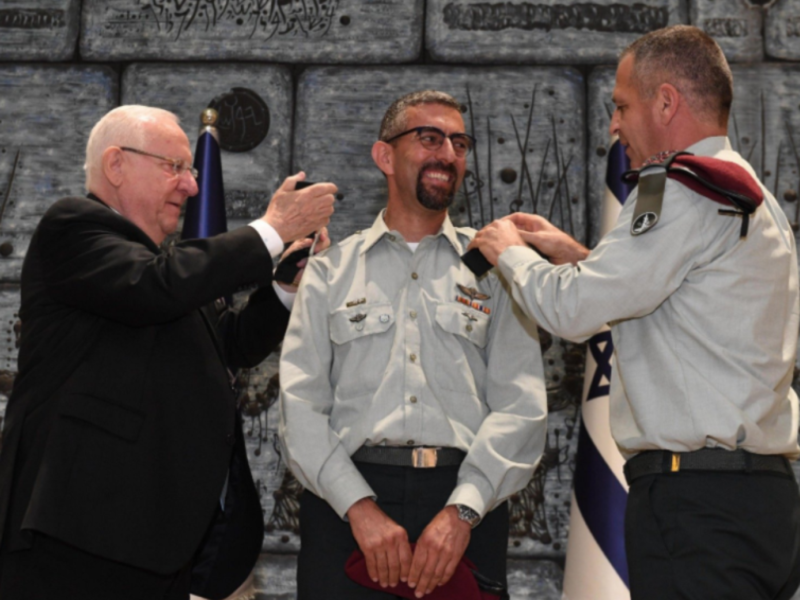 President Reuven Rivlin on Wednesday night welcomed IDF Brig. Gen. Ala Abu Rukon who will now serve as Military Secretary to the President.

“A wonderful evening at Beit HaNasi,” Rivlin tweeted after the event.

Ala replaced Brig. Gen Boaz Hershkovitz, who has served in the role for the past three years and who is leaving the IDF after “an exemplary career devoted to Israel and its people,” as Rivlin described it.

Abu Rukon, 47 and a member of the Druze minority, last served as the IDF Military Attaché in China.

He has served for 25 years in the IDF, beginning as a soldier and commander in the Paratroops Brigade, and continuing in a series of command posts in the Intelligence Branch for many years. In addition, Abu Rukon has commanded the Havat Hashomer base. He is married and the father of four children, and holds a Ph.D. in Middle East Studies from Bar-Ilan University.

The Military Secretary to the President is the link between Beit HaNasi and the Israeli security establishment. He is responsible for briefing the president on the security situation and for all his his security-related meetings.

Rivlin congratulated Abu Rukon on the appointment in April and praised him as “an impressive and professional addition to the team of advisers at Beit HaNasi.”

“I am confident that his experience and skills will further deepen the strong ties with the IDF and the whole security establishment,” Rivlin stated.

For just $10 per month you can bring the gospel to 1,000 homes. Join us as media missionaries! GIVE NOW
VIEW COMMENTS
« Emotional Intelligence In Precedent, UN Grills PA Rep. on School-Book Anti-Semitism and Incitement »