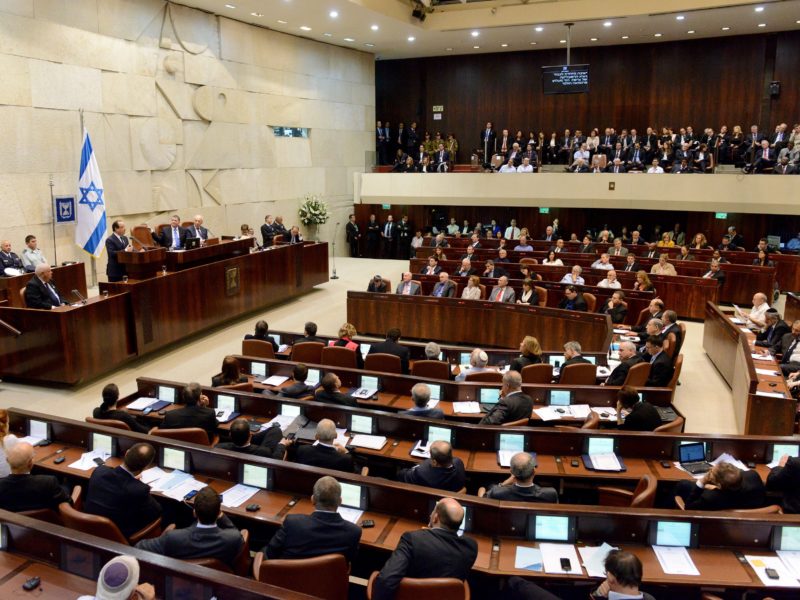 Netanyahu has 28 days to form a new government. If additional time is required, the president is authorized to grant an extension of up to 14 days.

Rivlin remarked that during his tenure as president, there have been five Knesset elections, four of them in less than two years, and that he did “not imagine and I did not expect that, time after time, five times, I would be faced with the difficult task of deciding who to entrust with forming a government.”

The results of the consultations with all the Knesset’s parties led Rivlin to “believe that no candidate has a realistic chance of forming a government that will have the confidence of the Knesset.”

Speaking of Netanyahu, who is currently facing graft charges in court, he said he is aware of the position “held by many, that the president should not give the role to a candidate that is facing criminal charges, but according to the law and the decision of the courts, a prime minister can continue in his role even when he is facing charges.”

“Given this state of affairs, when there is no majority of 61 Knesset Members supporting a particular candidate, and without additional considerations indicating the chances of the candidates to form a government,” and with an indication that Netanyahu has “a slightly higher chance of forming a government,” he has decided to entrust him with the task of doing so.

Netanyahu is facing a complex task. His bloc can join Bennet’s seven members and may try to poach a few MKs from the opposing bloc to complete a coalition of 61 MKs, possibly former members of the Likud party who regret their political choices. Netanyahu may also magically pull a political rabbit from his hat.

However, with a deadlock of 60-60, Israel may be facing its fifth round of elections in a bit more than two years.

For just $100 per month you can bring the gospel to 10,000 homes. Join us as media missionaries! GIVE NOW
VIEW COMMENTS
« Will You Be Able To Say You Did What You Were Created For In The End? World’s Jewish Population In 2019 Resembled That Of 1925 »