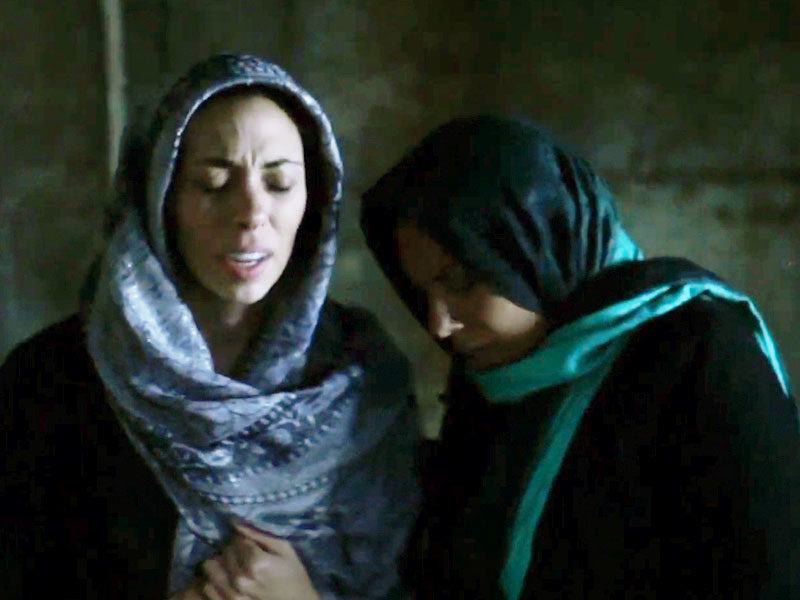 Two persecuted Christian missionaries in Iran were imprisoned in one of the most notorious prison cells in the whole world for legally torturing prisoners. While there they witnessed how God turned the dark prison into a church.

Authorities in Iran had put Marziyeh Amirizadeh and Maryam Rostampour in jail for sharing their Christian faith. They locked them up in the Evin Prison, the prison in Iran known worldwide to legally torture and execute prisoners.

But as faithful followers of Jesus, these two women never allowed their unlikely situation to hinder God’s purposes in that dark prison cell. Both held on to God’s Word in Luke 9:23 when Jesus said, “Whoever wants to be My disciple must deny themselves and take up their cross daily and follow Me.” So, that’s what they did.

Bringing Jesus Into The Darkest Place

Marziyeh and Maryam brought the Light of the World inside that dark and cruel place. They kept praying every day and all the while sharing the Gospel with their co-prisoners. That’s when God started to change everything.

One day, both the faithful Christians realized how God turned that scary place into a place of hope. The Evin prison turned into a church as many prisoners gave their lives to Christ.

Every day, the prisoners could see God’s miracles and power through the life of Marziyeh and Maryam.

In one testimony that Marziyeh shared, the prisoners came to them after God answered their prayers immediately. Since then, all the prisoners started to respect them and listen to them. Everyone became interested in spending time with both of the missionaries.

Moreover, some guards even came to apologize one day because of their behavior and asked for their prayers. Also, other guards became curious and asked about Jesus after reading the letters fellow Christians sent to the imprisoned missionaries.

Little by little, God changed the hearts of the people surrounding them. As a result, they never felt that their freedom was taken away from them.

After enduring nine months of interrogation, fear of life imprisonment, and the possibility of execution, Marziyeh and Maryam gained their freedom. However, both weren’t exactly rejoicing, because they knew they had to leave their friends behind. Thinking about the innocent people in that dark place suffering had put a burden on their hearts.

Sharing Their Story To The World

“We promised ourselves and we promised most of the women in that prison to be a voice for them. And to share their stories with the world. Because we feel that God had a purpose for putting us in that prison. We had seen many injustices and today we feel that God had put this burden on our hearts. We feel responsible for those people,” Maryam said.

Today, they are sharing their story all over the world to give hope to the persecuted. Both wanted to “highlight the plight of persecuted Christians and inspire people to pray and support their brothers and sisters in Christ who are being persecuted right now.”

Marziyeh and Maryam are encouraging Christians all over the world “not to take your freedom for granted.”

These persecuted Christians have one single request to every believer, according to one Christian who has visited these missionaries in dangerous countries. He said:

“They never ask for prayer that their persecution will cease. They never ask for prayer that their national leaders will be deposed, nothing like that at all. But what they say in every single instance is when you get back home, would you please get everybody to pray for us, that God will give us the strength and the courage to stand up for Jesus and never deny Him.”

Watch the full interview of Marziyeh and Maryam with GOD TV.

ALSO READ: Persecuted Indian Christian Breathes Last Words To Family: “Never Give Up On Your Faith To Jesus

For just $100 per month you can bring the gospel to 10,000 homes. Join us as media missionaries! GIVE NOW
VIEW COMMENTS
« Woman Didn’t Know She Picked Up A ‘Hitchhiker Angel’ Until He Supernaturally Disappeared ‘They Will Continue Burn, And We Will Continue To Plant, Build And Grow,’ Says Head Of The Hof Ashkelon Regional Council »