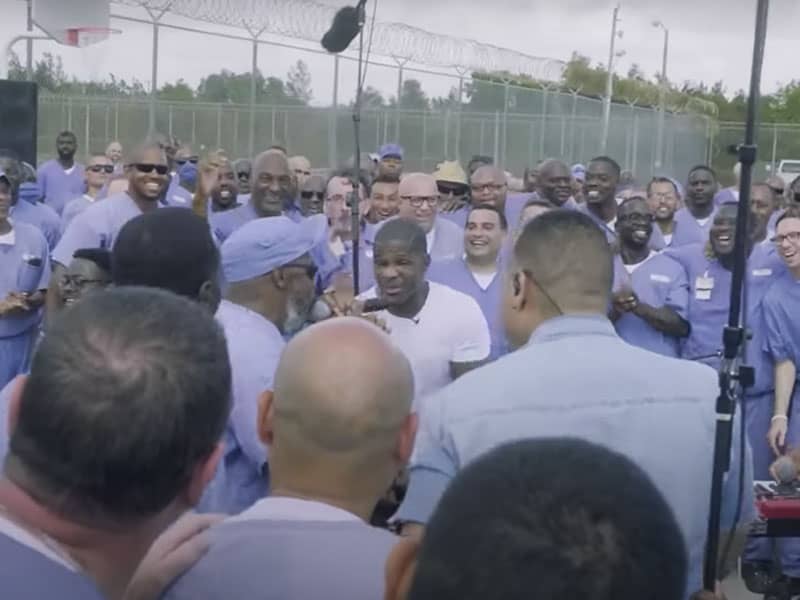 A prison in South Florida turns into a church as Kirk Franklin and the Maverick City lead inmates into singing a hope-filled song.

In a video shared by the “God Behind Bars” ministry, a powerful moment of inmates singing unto the Lord went viral. And the men who led them into singing were Kirk Franklin and the Maverick City worship group. 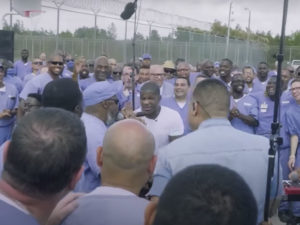 Kirk is a well-known Christian singer-songwriter and a 16 Grammy award-winner. While Maverick City Music is an Atlanta-based worship music group known for its powerful and anointed worship songs. These two partnered together in South Florida to share Jesus with the inmates. They broke out in worship and led the inmates into singing Bill Wither’s ‘Lean On Me.’ Then, the prison turned into a church.

Inmates Sing Lean On Me

They sang together with excitement:

‘Lean On Me’ is one of the late singer Bill Wither’s hopeful songs released in 1972, according to Aleteia. The song’s context was of a safe Christian community wherein people receive unconditional love and support during the darkest hours. To have someone to rely on and share life with, not just oneself.

According to the Gospel artists, one of the God Behind Bars ministry’s goals is not just to expand the Kingdom of God, but also to spread music that has a life-changing message. Music that communicates God’s “unfiltered love for all people.”

Further, Maverick City CEO Tony Brown stressed that they visit jails not just to bring Jesus. But “to discover something about Him we haven’t seen.”

Watch the enjoyable video below and be blessed by inmates of South Florida!