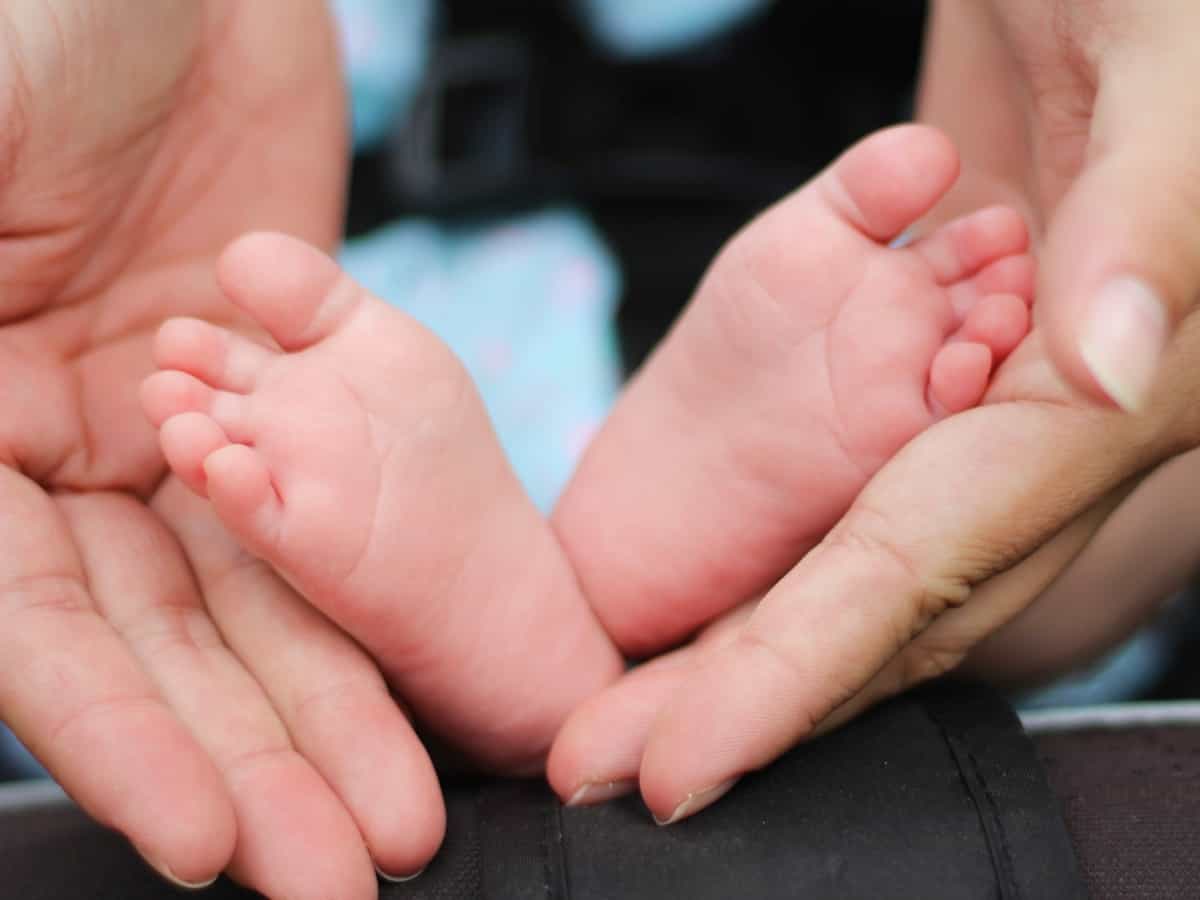 There is a reason why many women contemplating abortion decide not to abort when they see an ultrasound of their baby. There is no denying the humanity of this tiny creature, which is anything but a clump of cells.

As the baby grows in the womb and is seen by ultrasound imaging, it’s common to hear parents exclaim, “Look at those little hands! Look at that adorable nose (it looks like Grandpa’s nose, doesn’t it?)! And look – it’s a girl! (Or, It’s a boy!)”

How amazing it is to see the ultrasound of your baby, especially when it’s your first child. Not surprisingly, both of our daughters, now in their late 30’s, had the identical reaction when they saw the ultrasounds of their first babies: How could anyone abort their child?

It is for good reason that pro-abortion legislators fight against laws that would require abortion clinics to show an ultrasound of the baby prior to the decision to abort. They know it would be bad for business (plus, they argue, it adds to the inconvenience of the mother wanting to dispose of the contents of her womb).

It is hard to deny the personhood of the fetus when you see an ultrasound, which is why, during last year’s Super Bowl, Doritos incurred the wrath of NARAL (the National Abortion Rights Action League) when it aired an innocent, light-hearted, commercial featuring a very pregnant woman, her husband, and an ultrasound of their baby. According to NARAL, Doritos had committed the cardinal sin of “humanizing fetuses.” Oh, the very thought of it!

But there is something even worse than that Doritos ad. According to a bizarre article in The Atlantic, pro-life groups are being devious and deceptive when they use ultrasounds to convince women that their babies are human. How low will these pro-lifers go?

The article, written by Moira Weigel and posted on Tuesday, was originally titled “How the Ultrasound Pushed the Idea That a Fetus Is a Person” with the subtitle, “The technology has been used to create sped-up videos that falsely depict a response to stimulus.” (Its current title is, “How the Ultrasound Became Political.” The subtitle remains the same.)

Weigel’s article, which was marred by embarrassing errors (as pointed out by Alexandra DeSanctis on the National Review), not to mention being marred by bizarre claims, denied the reality (and significance) of fetal heartbeats as early as five or six weeks old, downplayed the evidence of ultrasounds and claimed that – gasp! – the pro-life movement was yet another example of patriarchal overreach. Yes, the science of “ultrasound made it possible for the male doctor to evaluate the fetus without female interference.” Those dastardly, duplicitous males! They are at it once again.

For good reason Sean Davis of the Federalist wrote that, “Moira Weigel took a sledgehammer to basic science and then did her best to vacuum its brains out before anyone could figure out what just happened.” The title of his article was as accurate as it was snarky: “Abortion Science: Heartbeats Are Imaginary, Unborn Babies Aren’t Alive, And Ultrasounds Are Just Tools Of The Patriarchy.”

Further underscoring the absurdity of Weigel’s article was this tweet from Denise Russell, which Davis reproduced: “Before ultrasounds, a woman had to wait until delivery to find out if she was getting a puppy, a goat, or a human.” How did we forget that?

Responding to the Republican-led effort to pass the “Heartbeat Bill,” which would prohibit doctors from aborting a baby if a heartbeat was detected (in the words of its sponsor, Congressman Steve King, “If a heartbeat is detected, the baby is protected”), Weigel asks, “What is a fetal heartbeat? And why does it matter?”

Her answer to these questions can be summed up, respectively, in three words, “Nothing” and “It doesn’t.”

No. When it comes to abortion, all those facts conveniently disappear, and the heartbeat of that tiny pre-born child is of no significance at all. Indeed, Weigel opines, “Doctors do not even call this rapidly dividing cell mass a ‘fetus’ until nine weeks into pregnancy.” (I must be getting old, but somehow, I don’t recall my wife, Nancy, saying to me decades ago, “Honey, I just got the test results back and I have a rapidly dividing cell mass inside of me!”)

But it is not just fetal heartbeats which have no meaning for Weigel. Ultrasounds also have no meaning for her since . . . well, since she’s doesn’t believe they should. (If you think I’m exaggerating, read her article.) She notes that posting pictures of ultrasounds on social media has “heightened the social reality of the unborn,” as if this was somehow a bad, misleading thing.

And she points to an American couple who “posted a video of their sonogram fast-forwarded so that their fetus appeared to be clapping in time as they sang, ‘When You’re Happy and You Know It Clap Your Hands.’” The implication is that because the video was sped up, giving the false impression that the baby was clapping to the beat, that the more basic impression was also false, namely that there was a little human being in that mother’s womb who was putting its two little hands together. Pretty good for a clump of cells and a mass of tissue!

Although Weigel cites those who claim that pregnant women who see their ultrasounds are less likely to abort, she disputes these claims, pointing to a “2014 study published by the journal Obstetrics and Gynecology, which drew on the medical records of nearly 16,000 women seeking abortions” and “found that viewing an ultrasound had a negligible impact on whether they decided to proceed.”

Other studies I have read have come to very different conclusions (see here, for examples), and a pro-life ministry that offers ultrasounds to women considering abortion has also seen tremendous results. But I doubt that all the studies in the world would convince Weigel right now, since her objections seem to be based on ideology more than science. As observed by Alexandra DeSanctis, “The reason that progressives such as Weigel denounce ultrasound technology is . . . because they want to continue denying the humanity of the unborn child, a humanity that is undeniable whether or not the mother wants the child.”

Yes, “Pro-life activists and parents who want to keep their unborn children will acknowledge this humanity. We all know it. Abortionists know it. Mothers aborting their babies know it. Planned Parenthood executives know it. Perhaps many are able to dull their consciences and convince themselves that it’s “just a clump of cells.” But deep down, they must know. We all do. And that’s why the Left has to work so hard to deny it.”

And the harder the Left works to deny the humanity of the unborn child, the more it exposes its moral and scientific bankruptcy. In that regard, Weigel’s article does a great service to the pro-life cause, and for that, we should be glad. Truth is sweeping away the lies.