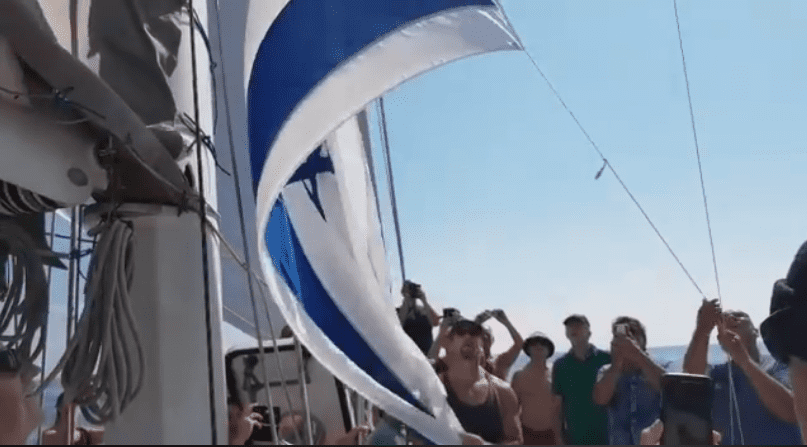 A flotilla standing in solidarity with Israel, which set sail from Sweden just over a month ago, is expected to arrive at Herzliya Marina on Thursday afternoon.

Its aim: To express support for Israel and present the “other” Sweden.

“On the ship are about fifty Evangelical Christians,” explained former Israeli ambassador to Sweden Isaac Bachman.

The ship, named the Elida, will remain at the Herzliya port in the coming days and will be open to the general public, who will be invited aboard to enjoy light refreshments and Swedish music.

The Elida will be met by the Israeli navy and a flotilla of Israeli yachts and escorted to the escort it into Herzliya Marina.

The Foreign Ministry said it will host the delegation for a lunch in Jerusalem on Sunday, with the participation of the Swedish ambassador.

The Herzliya Municipality, headed by the mayor, will hold a reception for the ship at 5 p.m. on Thursday.

During their stay in Israel, the members of the flotilla will visit the Technion in Haifa and the ship will be anchored at the Ashdod Port from October 16.

Bachman described the flotilla “as a solidarity with Israel marine voyage” carrying “Swedes who love Israel.”

“In a political-social climate there, in which it is not common to cry out loud strong support for Israel, they proudly do that,” he added.