Professional Golfer Says, ‘I Realize How Much Bigger Life Is Than Golf’ | God TV
Articles 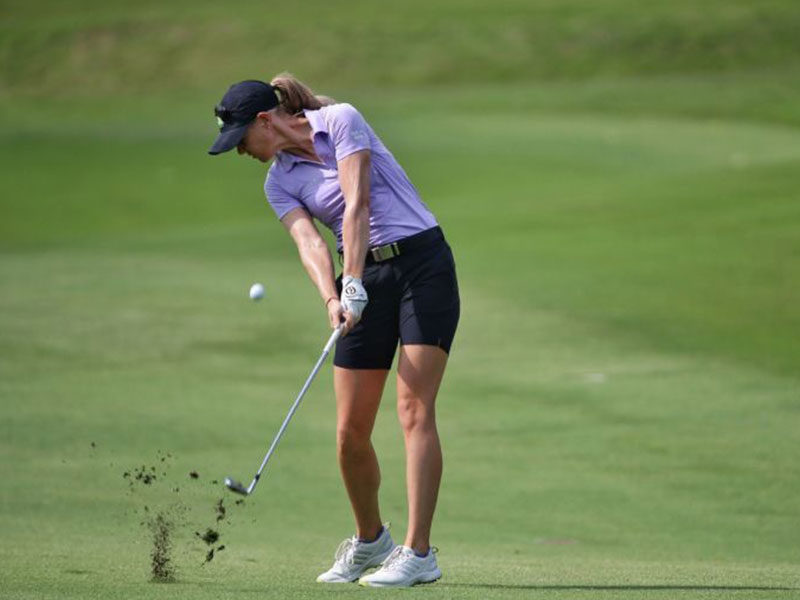 Golfer Amy Olson places second in the U.S. Women’s Open and says it was the Lord who carried her through, realizing how life is much bigger than golf.

Amy Olson was leading the game after Thursday’s first round in the U.S. Women’s Open. She started strong and is just one stroke off the lead for her first pro victory.

Meanwhile, her husband, Grant, traveled far to watch her in the game for the weekend at Champions Golf Club. However, by Sunday morning, he had to left because he received news of his father’s unexpected death.

But despite the heartbreaking news, Amy continued on with the game. And although she only placed as second runner-up, she finished strong in the major tournament.

“At 2-under-par, Olson tied for second, just one stroke behind winner A Lim Kim,” reports the Christian Post.

God Carries Her Through

When interviewed by the media, Amy admitted she’s not been in a good condition for the past few days. But she stressed how the Lord carried her through.

“Coming out this morning, I had no idea what to expect,” she said. “I felt very weak and helpless the last couple of days. And probably the same today on the golf course. I really believe the Lord just carried me through. It just makes you realize how much bigger life is than golf. But pleased with my finish overall and my performance.”

Then she added, “I knew I had to stay very mentally disciplined just to get through the day. I allowed myself to think about what I’m grateful for, and I’ve got a long list.”

Moreover, Amy revealed that she sang Josh Groban’s ‘You Raise Me Up’ during her game.

“The part where it says ‘You raise me up to walk on stormy waters,'” she said while fighting back her tears. “So that was kind of what was going through my head today.”

Also, when asked about her father in law’s death, she became sad and shared how they had a “special relationship.”

In an Instagram post, the golfer wrote, “Words can’t describe how much we love you and miss you already, Lee.”

Then ended the post with John 5:24 in the Scripture where it says, “Truly, truly, I say to you, he who hears My word and believes Him who sent Me, has eternal life, and does not come into judgment, but has passed out of death into life.”

For just $100 per month you can bring the gospel to 10,000 homes. Join us as media missionaries! GIVE NOW
VIEW COMMENTS
« Christian Actor Todd Terry Reveals How He Was Filled By The Holy Spirit Doctors Declared The Drug Dealer Dead But He Wakes Up To Life After Encountering Jesus »