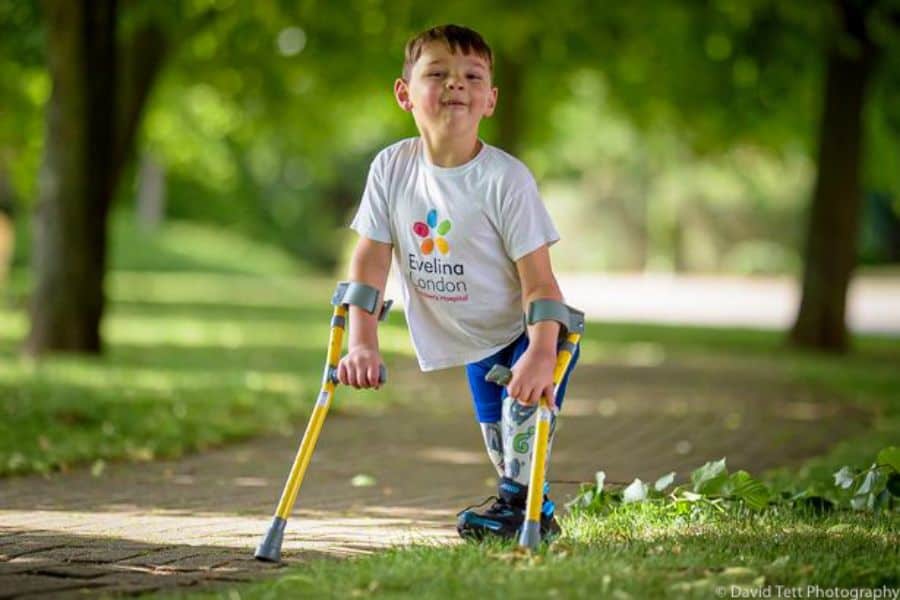 A 5-year-old boy raised $1 million in donations by walking miles on his new prosthetic legs. The entire funds will be given to the hospital that saved his life when he was younger.

Tony Hudgell from Britain was a victim of child abuse when he was still a newborn and was sent in the hospital at the brink of death. Doctors from London Evelina Hospital was able to save the little boy’s life, however, they were not able to save his legs.

With the love of his new adoptive parents and the care of the medical team, he is now safe and healthy. Tony recently just received his pair of prosthetics legs. As an act of gratitude, he wants to pay back the kindness of the hospital staff towards him. He did so by raising funds through walking laps on his new legs.

The inspiration came from Captain Tom Moore, the 100-year-old war veteran who raised over $40 million for hospitals fighting COVID-19. The elderly man did 100 laps of walks around his garden for the said campaign.

Tony walked around the local park on his new prosthetics legs with crutches for a total of 6 miles. Donations poured in and by the end of June, he was able to raise $1 million from his original goal of $550.

He initially had a hard time adjusting to his new legs, but after some time and with much determination, walking became easier for him.

“It is incredible to think that just a few weeks ago Tony could barely take a few steps. He is such a strong and determined boy and we are so proud,” his mother, Paula Hudgell, said.