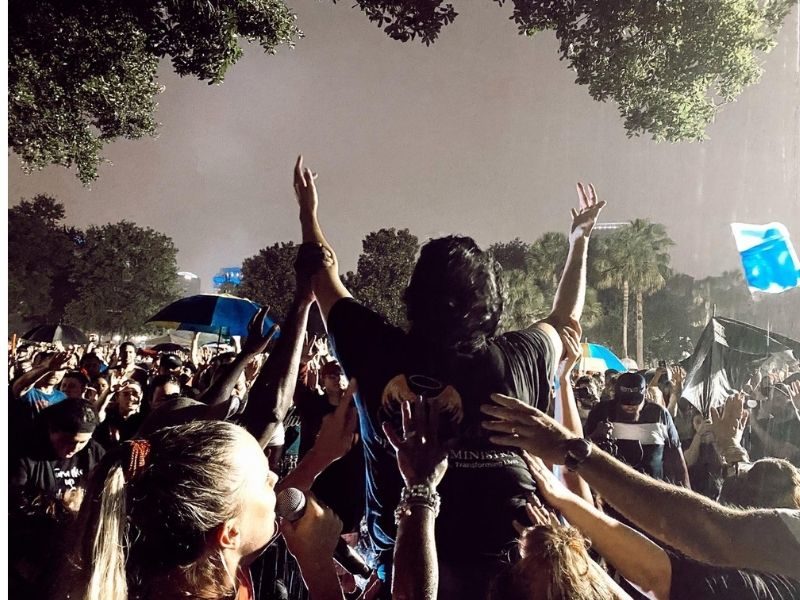 As Sean Feucht continues with the ‘Let Us Worship’ tour around America, thousands have surrendered their lives to Christ as they stopped in Florida last weekend. Among the thousands are prostitutes and addicts, hungry for God’s transformation in their lives.

In the different cities across Florida, thousands came to the worship event to proclaim the name of Jesus. Despite the heavy rain, Sean and the team persevered and were even more expectant of what God would do in their midst.

Prostitutes and addicts turn to Jesus

“These nights just keep getting wilder and wilder! The determined & gritty worshippers, the sheer amount of salvations, the level of miracles.. It’s just so surreal!” Feucht shared in his Instagram account.

“Last night drug addicts and prostitutes off the streets were running to the altar to get saved!! The harder it rained, the more God kept pouring His Spirit out!!”

Additionally, he witnessed a woman who claimed to be a prostitute run to the altar in front and give her life to Jesus. She boldly declared she was leaving her old lifestyle and would “never be a prostitute on the streets again.” Sean added, “It’s harvest time in America.”

JESUS!!!!!!!! 😭😭😭😭😭😭 While thousands worshipped in the rain, this lady ran to the front and gave her life to Jesus vowing she’ll NEVER BE A PROSTITUTE ON THE STREETS AGAIN!!!! ITS HARVEST TIME IN AMERICA!!!!! #LetUsWorship

Then, they continued their tour in West Palm Beach at the Meyer Amphitheatre. However, the city government blocked off the venue stage, leaving Sean and his team to assemble on the ground. Regardless, God did not fail to show up in their praises as thousands came for Him. 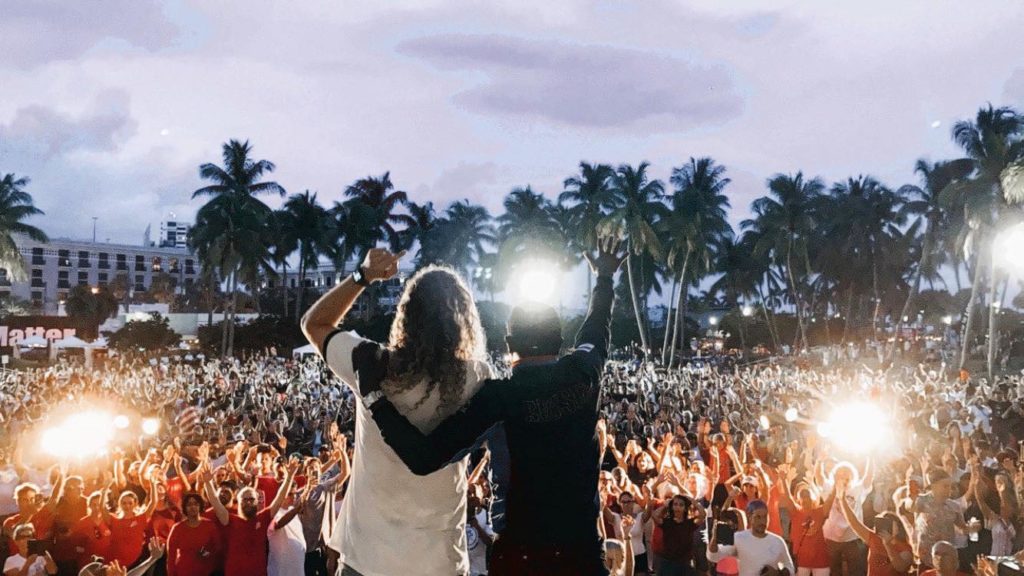 “We’re all so undone by the explosion of the miraculous we experienced! Bodies healed, marriages restored, salvations, baptisms and FIRE!!! I’ll never forget it!” Sean exclaimed.

He noted that they toured 11 cities in 10 days. But the exhaustion they felt afterward could not compare to the joy of God’s presence when He moves in salvations, healings and miracles. “Every night I ask the Lord while testimonies pour in ‘Can this get any better?’ and then it just KEEPS GETTING BETTER!” Sean said. “The resistance, sacrifice, weariness are all NOTHING compared when He shows up and saves, heals, and lights our hearts on Fire!”

The tour will continue on October 25, at the National Mall in Washington, D.C.

For just $100 per month you can bring the gospel to 10,000 homes. Join us as media missionaries! GIVE NOW
VIEW COMMENTS
« Israel And Italy Seal Reciprocal Procurement Agreement Is Your Perception Of Yourself The Way God Sees You? »