This Had Us in Tears: Woman Pushes Quadriplegic Boyfriend 26 Miles to Finish the Boston Marathon 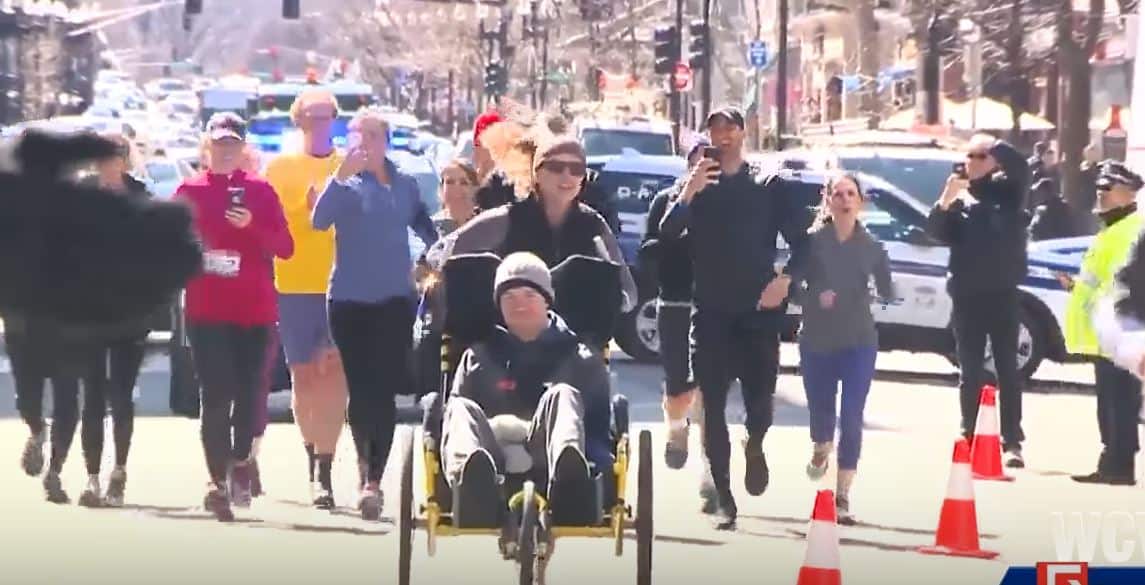 It’s a truth displayed over and over in the Bible that God loves all of his people, including people with disabilities. Many people are standing up and fighting for better awareness by sharing inspiring stories of people with disabilities overcoming the odds. The hope is that these stories will prompt more businesses and organizations to adapt to a community that has long been neglected.

One of the inspiring stories that need to be told is that of Matt Wetherbee and his girlfriend Kaitlyn Kiely. Two years ago Matt was just about to celebrate his 29th birthday and was preparing to propose to Kaitlyn when a tragic accident occurred one day while playing basketball.

“I tripped and fell forward and I didn’t have enough time to brace my fall and I went head-first into the wall,” Matt told PEOPLE in an interview. “I was conscious, and I knew something was immediately wrong because I couldn’t move anything.” 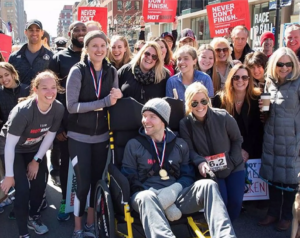 By the time Kaitlyn had returned home from her weekend trip, Matt was already in the hospital suffering from severe ligament damage to the upper portion of his spine. Instead of celebrating his 29th birthday with a new fiance, Matt was in the hospital beginning physical therapy with the hopes that he would not always be completely paralyzed from the shoulders down.

Over the last two years, the couple has worked tirelessly towards improving Matt’s life with physical therapy and showing the world that a disability does not define someone’s life.

“We’re trying now to figure out how to navigate our new life, find our new normal, and we’re realizing the world is trying to adapt to the handicap population, but we’re still not there yet,” Kaitlyn told PEOPLE. “We’re sick of hearing ‘no,’ or feeling like we couldn’t live our lives the way we want to. If you want something to happen, find a way to make it happen.”

With these thoughts in their mind, the couple decided to brave the difficulties and compete in the Boston Marathon together. Although they were not actually able to make the deadline for the “Athletes with Disabilities” application, they were given the opportunity to still run the route of the Boston Marathon through a partnership with HOTSHOT, a company with the only proven way to prevent and treat muscle cramps.

Kaitlyn spent months leading up to their marathon run preparing with rigorous training. She was able to become accustomed to how it would feel to push Matt by piling 50-pound bags of salt on a racing chair and slowly adding more weight as the weeks went by.

All of their friends, family, and even some strangers came out to stand along the route and cheer for them on the day of their marathon. Both Matt and Kaitlyn agreed that seeing all of their supporters out there was the best part of the whole day.

In the end, Kaitlyn and Matt were able to finish the Boston Marathon route in five hours and twenty-eight minutes. Which is incredible due to the fact that last year Kaitlyn completed the marathon on her own in four hours and twenty-seven minutes – just an hour shy of what it took to complete with Matt this year.

Matt has yet to propose to Kaitlyn since the accident because he says that he is hoping to do it with his own hands. Although Kaitlyn is not worried about how long it takes. “We’re not in a rush, I feel like we’re married already,” she said. “I’m not going anywhere.”