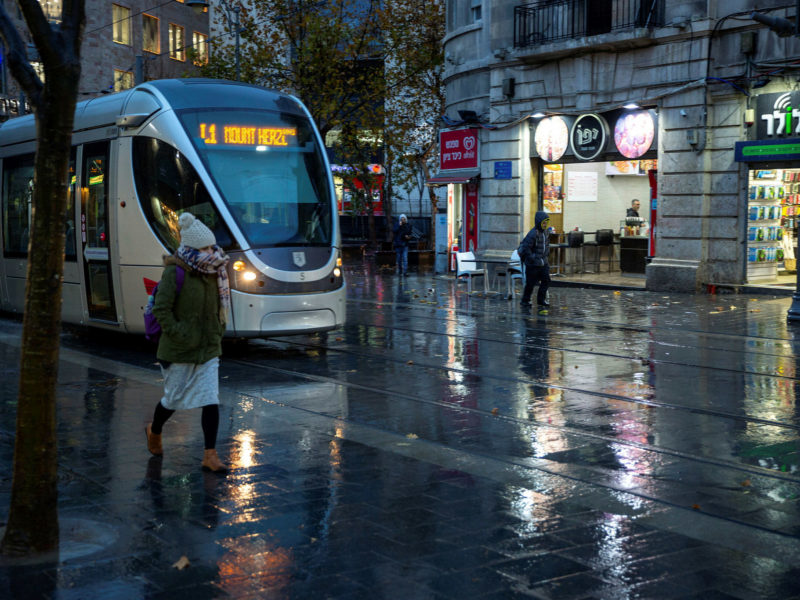 The accumulated rainfall in Israel for the period between September and February was 130 percent compared with the multi-year average for this period, and 114 percent for the entire winter period, according to data published by the Water Authority on Saturday night.

Israel has been experiencing a bountiful rain season this winter, and this is the first time the country has experienced such precipitation in five years.

Following a five-year-long drought, the water shortage in Israel has worsened. The Hydrological Service at the Water Authority reported that precipitation in 2018 was significantly lower than the multi-year average, and was, therefore, declared the fifth consecutive year of drought.

However, the heavy rains this year brought a significant amount of water that reached the country’s water sources, and “recovery and reduction of some of the accumulated losses in the Kinneret (Sea of Galilee) and aquifers are evident,” the report said.

The Kinneret’s level climbed by 71 CM (30 inches) in the past month and a total of two meters since the beginning of the winter (79 inches).

While the rains have made a difference in Israel’s water economy, much still remains to be done.

Professor Haim Gvirtzman, of the Institute of Earth Sciences at the Hebrew University of Jerusalem, told TPS that the key to Israel’s water problems lays with its desalination capabilities.

The Kinneret still serves as a primary source of water in Israel and could suffer severe ecological damage due to receding water levels. Therefore, Israel has set in motion a program to pump desalinized water into the Kinneret, which will then be provided to consumers. The pipes are expected to become active in two years.

The Kinneret is still lacking some four meters until it reaches the overflowing point, and therefore several more good rain years are required to turn the tide, Gvirtzman said.

For just $10 per month you can bring the gospel to 1,000 homes. Join us as media missionaries! GIVE NOW
VIEW COMMENTS
« 40 Days to Overcome – Day 5 Netanyahu: Iran Covertly Smuggling Oil at Sea »