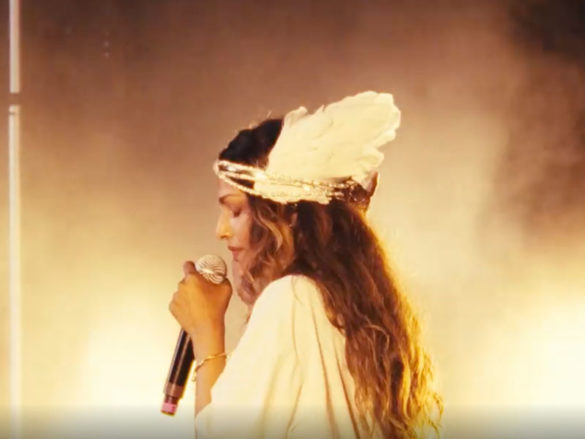 Renowned British rapper M.I.A embraces Christ after Jesus encounters her through a vision. And she’s proud to declare her faith to the public despite the great risk of losing fans.

Mathangi “Maya” Arulpragasam, popularly known as M.I.A. on mainstream media, was raised in a Hindu home. Hence, her lifestyle was greatly influenced by the religion’s practices and traditions. And also, she grew up viewing Christianity as merely “basic.” Not until she met Jesus herself in a vision. 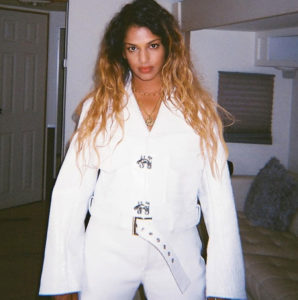 In an interview with Zane Lowe on Apple Music, the pop artist revealed how Christ turned her world “upside down.” As a Tamil and a believer in Hinduism, she grew up believing she’d finally find herself. But when she encountered Christ, everything changed.

“But I had a vision and I saw the vision of Jesus Christ,” the British rapper recalled. “It’s very creatively a crazy thing because it turned my world upside down.”

At first, it felt weird for M.I.A. as what she thought was right “was no longer the case.” The values and beliefs Hinduism taught her no longer adhere to what she found in Jesus. Then she thought maybe “something major was going to happen in the world and that people were needing to be introduced to this concept.” 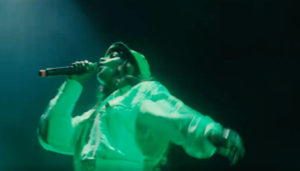 Not Afraid Of Losing Fans For Christian Faith

Also, M.I.A. proudly declared that she is a “born-again Christian now” to the public. She immediately responded after Zane directly asked her. Moreover, the artist added that she wouldn’t lie about her Christian faith even if it would cost her career. And in fact, in her first single, “The One,” although her former faith still influenced some songs, she says “her messaging will be informed by her Christian faith.” 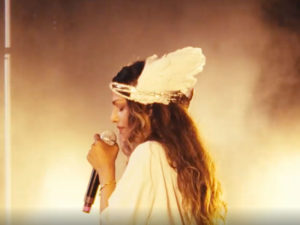 The artist vowed not to lie and only “tell the truth.” She remarked this no matter what the cost.

“I will tell the truth, and I will tell you what’s on my mind and my heart,” M.I.A. declared. “If I’m coming back now saying ‘Jesus is real,’ there’s a point.”

“Basically, all of my fans might turn against me because they are all progressives who hate people that believe in Jesus Christ in this country.” 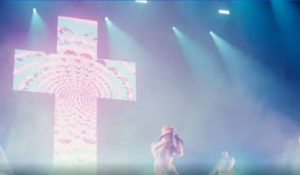