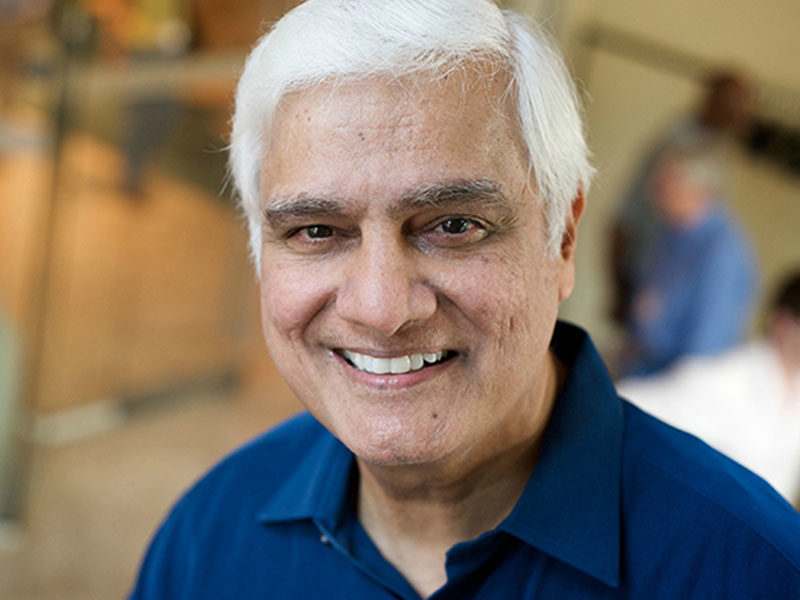 The well-known Christian apologist Ravi Zacharias revealed on Thursday that he was diagnosed with sarcoma, a rare form of malignant cancer. And he is trusting the Lord for healing from his condition.

Apparently, the author had a successful spinal repair surgery three weeks ago. He stated on his ministry’s website:

“The surgery was considered a success, and the surgeon felt it was a strong reconstruction. However, since the surgery, I have faced very severe pain, so intense in the night, especially, that I have been unable to sleep.”

And Ravi thought the pain was normal. Until doctors discovered the real issue behind those intense pain he felt during night.

He said, “While we have assumed this pain was a natural consequence of the surgery, we have learned in the past week that a biopsy taken during the procedure revealed that I have a malignant tumor on my sacrum – a very rare cancer called Sarcoma.”

The sacrum is a large, triangular bone at the base of the spine, according to Wikipedia.

“[W]e now know this is the cause of my extreme pain,” he wrote. “In the past few days, we have been meeting with specialists to determine the next course of action. They will wait until I am fully healed from the back surgery, and in 4-5 weeks, will begin treatment to shrink the tumor.”

In the meantime, the apologist refrains from joining speaking engagements.

And despite Ravi’s present health condition, he is trusting God amidst such trial.

“We are trusting the Lord in this, and we believe we have already seen evidence of His hand,” he said. “For example, the tumor did not show up on any previous scans and was only discovered by my surgeon identifying it during surgery.”

Moreover, he was greatly encouraged by “literally thousands of messages from people all over the world,” whom he said are praying for him.

“I have every belief God directed and prompted my surgeon to his discovery of this tumor,” Ravi wrote. “Margie and I and our family are so grateful for your continued prayers for the journey that lies ahead.”

The 73-year-old also expressed his gratefulness to the people who supported him during this season. And Ravi continues to ask for prayers.

“I am grateful for the love and support of a team and for your friendships. We are trusting the Lord for His purpose,” he said. “Please do also pray that God will take away this horrific night pain, which is the most difficult part of waiting. In the meantime, I want to express my heartfelt thanks for supporting the ministry as it goes forward around the world unabated. We need you to continue to stand with us.”

Let us stan with Ravi Zacharias as he battles sarcoma. Keep praying for his healing.

For just $100 per month you can bring the gospel to 10,000 homes. Join us as media missionaries! GIVE NOW
VIEW COMMENTS
« Toddler Recovered From COVID19 Bows To Nurse As Gratitude Woman’s Mother Dies From COVID-19 Warns Against False Info »