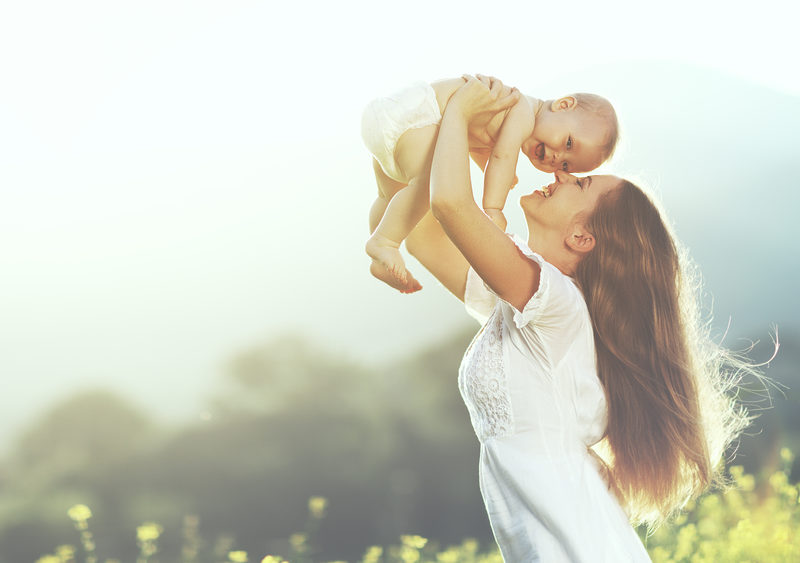 We married each other later in life. I was 50 years old and Ruth had just turned 43. Even though we were both getting older, we had a strong desire to become parents and raise our child in the Christian faith. After nearly two years of trying with no results, we went to a fertility specialist who ran several tests. His diagnosis was not what we expected. “Your window of opportunity to have children is pretty much closed,” he told us. Our balloon had nearly burst.

Ruth was driving home and stopped to make a left turn into the entrance of our apartment when a young man crashed into the rear of her car. Ruth was pretty shaken up; the gentleman was traveling at about 30 miles per hour when he collided with her. After a ride to the hospital in an ambulance, Ruth was given X-rays, an MRI, and medication for back pain. Ruth was released from the hospital later that night and came home very stiff and sore from the collision.

Two days later, I received a phone call from Ruth while I was driving home from work. She told me that she had followed a prompting to take a home pregnancy test. Amazingly, the test revealed that Ruth was pregnant! A flood of emotions shot through both of us. We were finally going to be parents at the ages of 45 and 53. Ruth quickly made an appointment with a doctor and discovered she was about six weeks into her pregnancy. News of our miracle spread quickly through our family and circle of friends.

Another two days passed, and Ruth began having symptoms that pointed to something being terribly wrong with her pregnancy. A trip to the hospital confirmed that she was in the beginning stages of a miscarriage. Had the pain medications or X-rays caused this? We prayed fervently for a couple more days, hoping that God would somehow intervene and reverse the diagnosis. Then the unthinkable happened. Ruth was taking a shower and I heard a wail come from the bathroom. She had just miscarried. We were dumbfounded and devastated.

We initially felt that our miscarried child was a girl

A few days later, a picture passed through Ruth’s mind. The picture was of a young boy dressed in white with a white bow tie, sitting in a white room joyfully swinging his legs while sitting on a white cube. We tried to find some comfort in the message of the image Ruth saw. Was this a picture of our miscarried child in Heaven? But, wasn’t he supposed to be a girl?

Now, it seemed as though our desire to have our own children would never happen. As far as we were concerned, our dream had died. Trying to come to grips with this, we thought we could impact someone else’s child in a positive way through foster parenting. So, we took the next step and became licensed foster care parents. A short time later, a case worker dropped off a three month old baby boy and his sister of 15 months. The sudden addition to our family was challenging, but very rewarding to say the least.

After several months, another case worker arrived at our door to send our foster children to another home. It happened very suddenly with only a couple hours warning. I was still at work when all this happened, and I didn’t get to say good bye to our foster children. At the time, Ruth and I were not able to see God’s hand busy at work.

We decided to travel to Florida to visit my mother and let our minds clear up from all we had been through the past several years. Paul, a good friend of our family, prayed for Ruth and me. As he finished, Paul said he believed God was going to give us a child of our own. Afterwards, Paul’s wife pulled him aside and asked him in a serious tone, “Are you really sure God said that?” After all, Ruth and I were getting older.

Much to everyone’s surprise—especially ours! At this time she was 47 and I was 55. However, several weeks later, Ruth realized she had the symptoms of yet another miscarriage. Shaken to the core, we had close friends at our church pray for us. Miraculously, just a few days afterward, everything returned to normal. There were no more complications from that point on, and the pregnancy went to full term. With complete amazement, we found ourselves holding our own healthy baby boy in our arms. 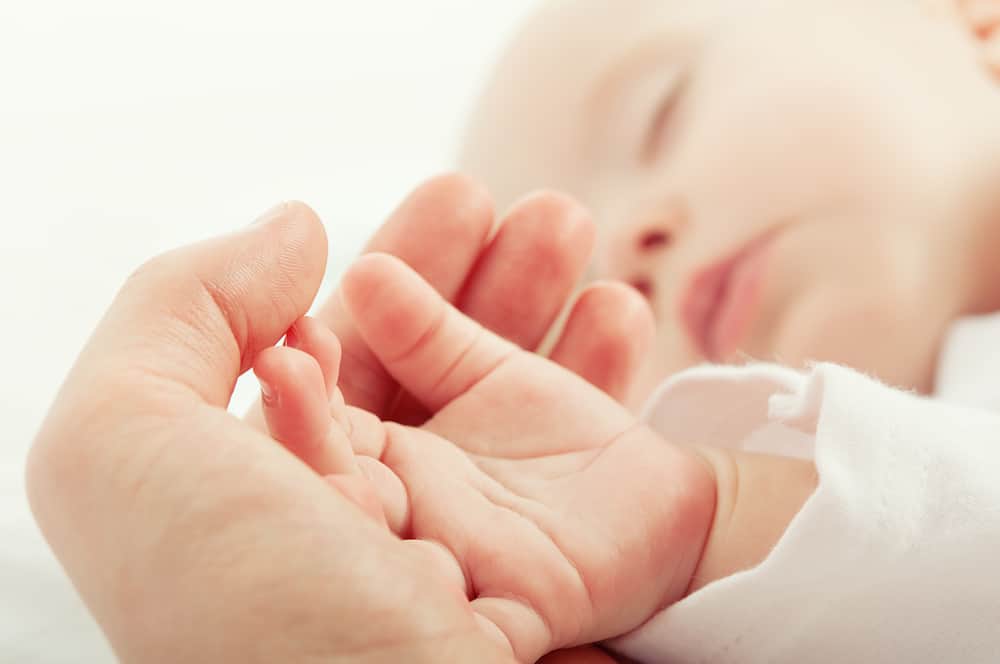 Fast forwarding three years, Ruth had recently come to the realization that the picture she saw of the young boy wearing white must have been of our son in Heaven just before she became pregnant with him. As she explained this insight to us at the breakfast table, our son, who had just turned three years old added, “An angel carried me.”

Ruth and I both sat there stunned as we realized that our son had just described a wonderful journey where an angel carried him from Heaven and delivered him into Ruth’s womb at the point of his conception. Eager to uncover more details, I asked our son if the angel who carried him had wings. He quickly gave a straightforward response, “No, he was a regular angel.”

Even though we had given up on the possibility of having our own child, God gave us the precious gift of our son who is now more than four years old. What a joy he has been to us. And what an amazing thing to think that God cares for all of us enough to bring a dead dream back to life!

Luke 1:13 says, “But the angel said, ‘Don’t be afraid, Zacharias! For I have come to tell you that God has heard your prayer’…”

This article was written by Dan Hayne. Dan is a dynamic speaker, minister, and author. He has a widely diverse background that includes being a musician, a radio talk show host, an associate pastor, as well as formerly being on staff with John Paul Jackson’s ministry. His passion is to unlock and release biblical truths that will help people experience added dimensions in their walk with the Lord and come into the fullness of their purpose. Dan is the author of the book, “Keys to Your Future: Going Beyond the Veil to Discover Purpose.” He currently lives in Spokane, Washington with his wife, Ruth, and their son. Visit his website at www.dhmissions.com.

For just $10 per month you can bring the gospel to 1,000 homes. Join us as media missionaries! GIVE NOW
VIEW COMMENTS
« Watch Bless Israel 2019 And Start The Year Off Right! Please Save Me From Myself »