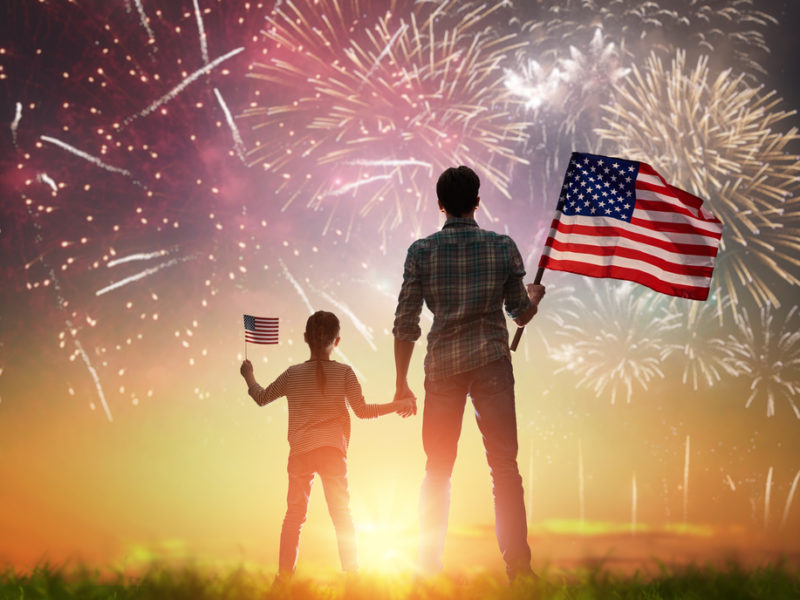 Despite our many national failings, it cannot be denied that our nation has deep Christian roots. And it is because of, not despite, these Godly, Christian origins that America has become a great nation and that our daring national experiment has succeeded as wildly as it has.

After all, in the beginning, we were just a bunch of struggling, fragmented colonies, and it seemed like the height of folly to take on the might of the British homeland. How then did we become the greatest global super-power in world history?

It is our biblically-based foundations that paved the way. To the extent we have cast those off, we have deteriorated.

The First Charter of Massachusetts (1629) states the desire that all the inhabitants would “be so religiously, peaceably, and civilly governed, as their good life and orderly conversation may win and incite the natives of country to the knowledge and obedience of the only true God and Savior of mankind, and the Christian faith, which in our royal intention and the adventurers’ free profession, is the principal end of this plantation.”

Adopted January 14, 1639, the Fundamental Orders of Connecticut began with the inhabitants covenanting together under God “to maintain and preserve the liberty and purity of the Gospel of our Lord Jesus which we now profess.”

In 1682 the Great Law of Pennsylvania was enacted revealing the desire of Penn and the inhabitants of the colony to establish “laws as shall best preserve true Christian and civil liberty, in opposition to all unchristian, licentious, and unjust practices, (whereby God may have his due, Caesar his due, and the people their due).”

Not surprisingly, in some of these colonies, Sabbath (Sunday) laws were enforced, church attendance was mandatory, and Biblical morality was required.

Obviously, we cannot return to those days, since America today is greatly diversified. And even among professing Christians, we are far from totally unified. Plus, we cannot expect tens of millions of non-Christians and non-believers to practice some form of Christianity.

Certainly not. To do so would be the equivalent of trying to make America into a Christian theocracy, which is something I categorically reject.

But that doesn’t mean we cannot recover much of the spirit and ethic of our earliest founders. And it certainly doesn’t mean that followers of Jesus cannot live as followers of Jesus. To the contrary, given the unique history and Constitution of our country, our nation depends on it. And without a thriving Church, America cannot be truly great.

So, as the colonies developed and the USA was born, as the population grew and diversified, changes had to come. And they most certainly did. There were greater divergences in Christian expression along with ever-increasing secularism.

But the Bible still remained prominent in American thinking. And, quite certainly, the nation identified as Christian and was, broadly speaking, a God-fearing country.

This is reflected by the observations of the French philosopher and historian Alexis de Tocqueville during his celebrated visit to America in the 1830s.

As he famously remarked, “Upon my arrival in the United States the religious aspect of the country was the first thing that struck my attention; and the longer I stayed there, the more I perceived the great political consequences resulting from this new state of things.”

De Tocqueville noticed how bookseller shops contained “an enormous quantity of religious works, Bibles, sermons, edifying anecdotes, controversial divinity, and reports of charitable societies.” He also spoke of visiting people living in log cabins whose only book was the Bible.

So, despite the diversity of the US in the 1830s, the Biblical principles on which the nation was founded continued to have a profound influence.

As de Tocqueville also noted, “The safeguard of morality is religion, and morality is the best security of law as well as the surest pledge of freedom.”

And, he added, “The Americans combine the notions of Christianity and of liberty so intimately in their minds, that it is impossible to make them conceive the one without the other. Christianity is the companion of liberty in all its conflicts – the cradle of its infancy, and the divine source of its claims.”

Ultimately, it was our Christian foundations that enabled us to eradicate slavery and fight against other injustices. If we believe in certain fundamental God-given rights, they must apply to all.

As our first president George Washington said in his Farewell Address, “religion and morality” are the “firmest props of the duties of men and citizens” and therefore are “indispensable supports” of “the dispositions and habits which lead to political prosperity.” And, he added, “Reason and experience both forbid us to expect that national morality can prevail in exclusion of religious principle.”

On this Fourth of July, we do well to remember his words. Our very freedoms are at stake.

(Excerpted and adapted from Michael L. Brown, Saving a Sick America: A Prescription for Moral and Cultural Transformation.)

For just $100 per month you can bring the gospel to 10,000 homes. Join us as media missionaries! GIVE NOW
VIEW COMMENTS
« 3 Prayer Priorities For America Shifting In The Second Half »