Remembering My Brother On International Survivors of Suicide Loss Day 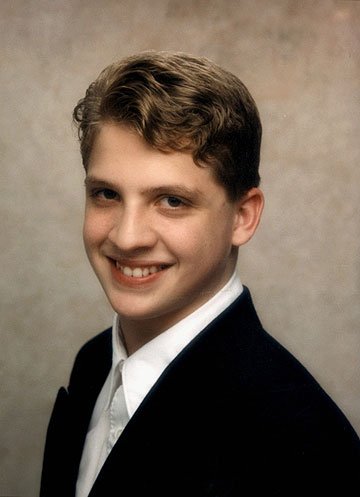 As people around the world gather to share time with family and friends this International Survivors of Suicide Loss Day, I’d like to share my own experience. Held the Saturday before Thanksgiving each year, this is a time of reflection for all the lives we’re thankful for, especially those who are no longer with us.

Suicide is devastating for all concerned, but I am a survivor. My brother, Elias, was mentally ill due to extensive drug use. I was with him when he rededicated his life to Christ 18 years ago. And what a glorious day that was!

However, it was soon evident that the drug use damaged his mind. We reached out for professional help, but through negligence my brother was released from a psychiatric hospital. No longer receiving the care he needed, he spiraled further into mental anguish.

As a survivor, there is hope

Within four months of being released from the hospital, and the malpractice that took place in a court hearing, he took his own life. Through an independent investigation, there was a cover-up so that the state would not show their malpractice. My family has not been the same since. But through Christ I have been healed.

Even after all these years, I am still healing. But I still think the psychiatric community and the Church needs to come together and discuss an empowering partnership to bring true freedom and healing to those suffering suicidal thoughts, and to the families left behind after a suicide. A multi-faceted and holistic approach with the power of the Holy Spirit needs to emerge.

This November 30th would have been Eli’s 40th birthday. And every November I feel the emptiness from his loss. But as a survivor, I have resolved to help others. As a survivor, there is hope. And hope for everyone is found in Jesus alone.