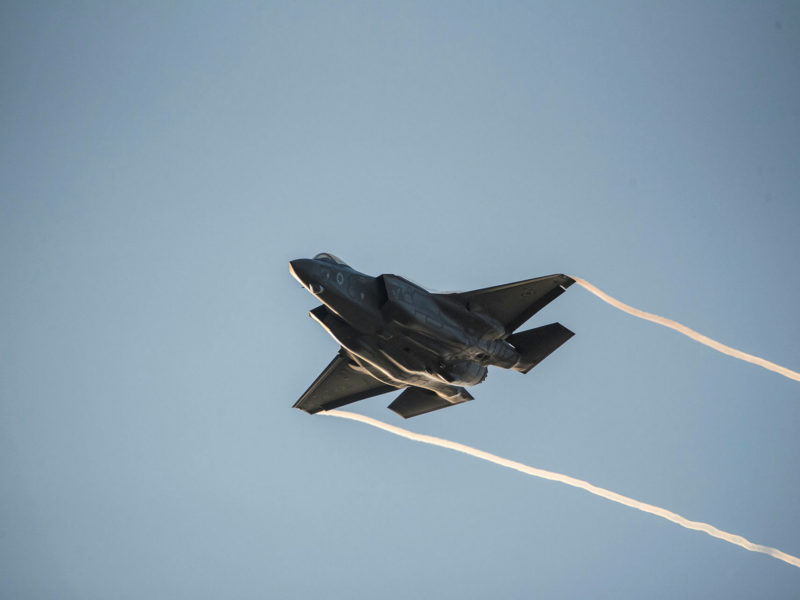 The Israel Air Force (IAF) reportedly carried out a massive strike against a weapons factory near Massyaf City in the Hama province in northern Syria early Saturday morning.

A military source told SANA that the IAF conducted its airstrike from Lebanese airspace, and that the Syrian air defences “immediately intercepted the hostile missiles and downed some of them” before they struck their targets.

The source further said that the Israeli attack caused “the destruction of some buildings and the injury of three fighters.”

The Syrian Observatory for Human Rights (SOHR), which has assets on the ground, reported that the IAF strike hit an “accounting school,” a middle-range missiles development center in al-Zawi village, and Tala’ee camp that is being used by Iranian and the Syrian regime forces.

According to the report, 17 people were injured in the attack, and at least two people working for the Iranian forces based in Syria were killed.

The SOHR further said that Israel strikes on Iranian and Hezbollah targets in the past years have killed 232 men and caused and tens of injuries.

The IDF has not responded to the reports, as in previous cases.

Iran’s military build-up in Syria remains a red line for Israel. The IAF has carried out thousands of attacks to thwart the Iranian entrenchment in the war-torn country.

For just $100 per month you can bring the gospel to 10,000 homes. Join us as media missionaries! GIVE NOW
VIEW COMMENTS
« Israel Dispatches Firefighters to Aid Ethiopia 40 Days to Overcome – Day 35 »