BREAKING
Lay Aside The Old Self
Ben And Jerry’s Staying In Israel, But Founders Aren’t Doing The “Chunky...
Israel Has a New Prime Minister
STAND WITH UKRAINE
Home Articles ‘Respect Goes A Long Way’, My Grandmother Used To Say

‘Respect Goes A Long Way’, My Grandmother Used To Say 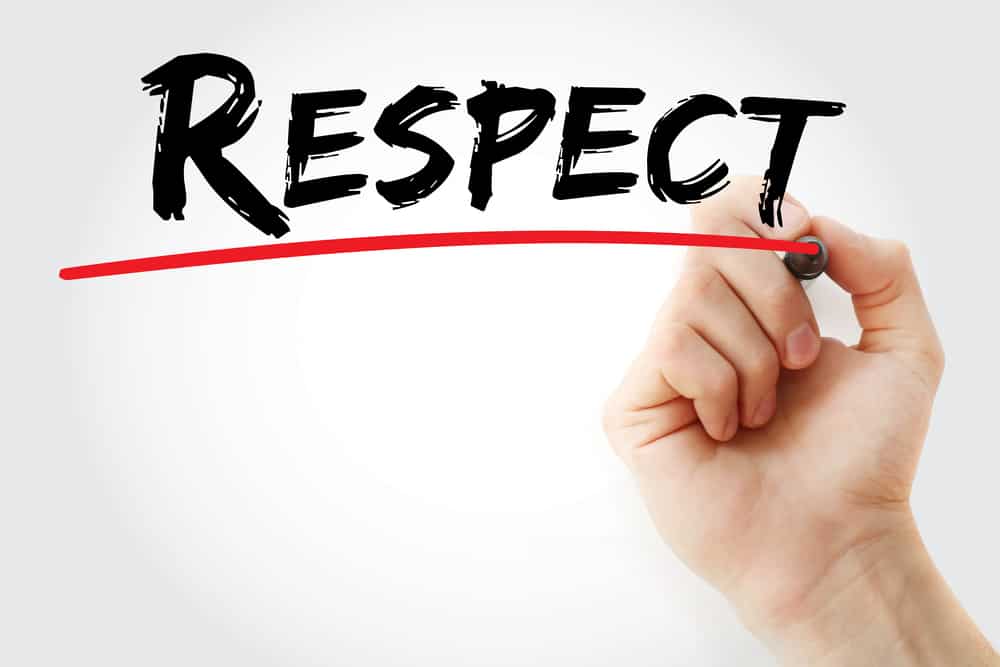 “Respect goes a long way”, my grandmother used to say. She was trying to instill in us the values of respect and honor for our parents, our elders, our leaders, our God that would open up a world of so many benefits that could not be contained.

I have been encouraged by those values over the years to know how to be a man under authority. I am reminded of the Roman centurion in the Bible. When he made a request of Jesus to heal his servant, he mentioned that he was a man under authority and from that position he could give commands to the servants under his authority.

The centurion knew that his authority came from his submitting to authority. He recognized that Jesus had authority to just speak a word for his servant to be healed, because Jesus also acted under the authority of His Father. Jesus consistently mentioned that He spoke only what He heard the Father speaks.

Jesus spoke about doing what the Father sent Him to do. He only did what He saw the Father do. He sacrificed His life, because it pleased His Father for Him to do so. When Jesus prayed in the garden of Gethsemane , asking God to take “this cup” of suffering away from Him, He was in anguish.

Yet, He proved His submission to the authority of His Father by relinquishing what He wanted, to the will of His Father. Jesus said: “not my will, but Yours be done…” Jesus gave honor and respect to His Father, even unto death.

As this Son submitted to Father’s authority; as He respected Him and honoured Him (even unto death), all authority in Heaven and on earth was given to Him. Jesus became the firstborn among many brothers. Jesus was given the full title: “KING OF KINGS AND LORD OF LORDS”. Jesus is now seated at the right hand of His Father in Heaven, with angels, authorities, and powers having been subjected to Him. Surely, respect does go a long way.

I believe that if every son, daughter, child, student, would follow the example set by Jesus regarding true submission to authority, the benefits would far outweigh the drawbacks. I believe that there is protection for the sons and daughters when they submit to their allotted authority.

The Bible tells children to obey their parents in the Lord. But why? They may ask. The answer to that is: “for it is right”. The first commandment that has a promise attached to it, is “Honor your father and mother”. Why? So that it may go well with you and that you may enjoy long life on the earth. What a promise!

I urge you therefore brothers and sisters, sons and daughters, in view of all these wonderful benefits and the prospect of it going well with us, let us throw away every entanglement that stops us from honoring and respecting our parents, our elders, our leaders, our God…. because indeed: “Respect goes a long way”.

This article was written by Lyndon Baron