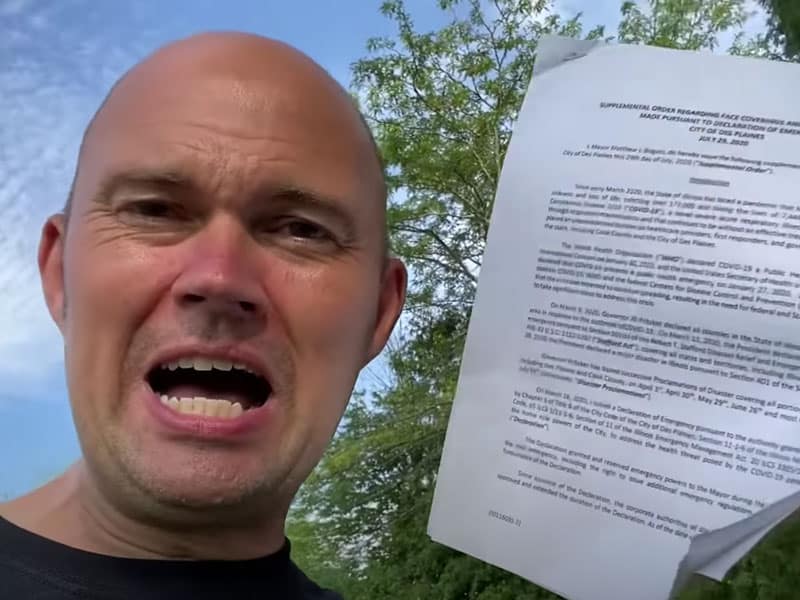 Meetings organized by a traveling evangelist in Chicago for “Big Tent Revival” are under fire from local politicians. The evangelist is arguing, “You can riot … but worshipping God is dangerous.”

The founder of The Last Reformation, Torben Søndergaard organized a revival meeting at Des Plaines’ historic Methodist Campground in Cook County, Chicago. Apparently, they were given permission to do the gatherings on the “private property.” Since July 24, 400 to 500 people attend the meetings every evening. And believers have had an amazing time worshiping God. However, on July 29, the police came and handed them an emergency order.

The City leaders suddenly changed its mandate. CBS 2 Chicago reported that the group was ordered to stop the meetings, “requiring masks and social distancing at any and all events.”

“You can riot as much as you want with no social distancing, with no masks and no one stops you. But worshipping God is dangerous and suddenly you are spreading the virus,” the evangelist told Fox News.

Mayor added “Private property” and “visitors and those traveling through” just to shut us down.

Police Chief William Kushner told the Journal & Topics that whoever would violate the new mandate, “could be fined $750 if they are not wearing masks or practicing social distance.”

But Torben revealed that the order never stated a “penalty for noncompliance.”

“They’re really trying to shut us down. I feel like they’re using COVID-19 to intimidate us. Otherwise, they could’ve had those guidelines in place weeks ago,” he said. “We’re waiting for police to deliver the ‘new’ set of rules.”

“It’s very, very difficult to plan anything when guidelines and rules just change,” he added. “We see this kind of religious persecution because there are some people who don’t want us there.”

The organizers of the revival meetings said the city leaders reversed the order after “area residents expressed anger that attendees were not social distancing or wearing masks.”

But despite the drawback, evangelist Torben remains positive.

“We had a really good meeting yesterday. It was full…Ten people were baptized,” he testified. “People come to faith. People meet God. A lot of things are happening.”