Revival Broke Out In Texas As Thousands Witness Miracles And Salvations 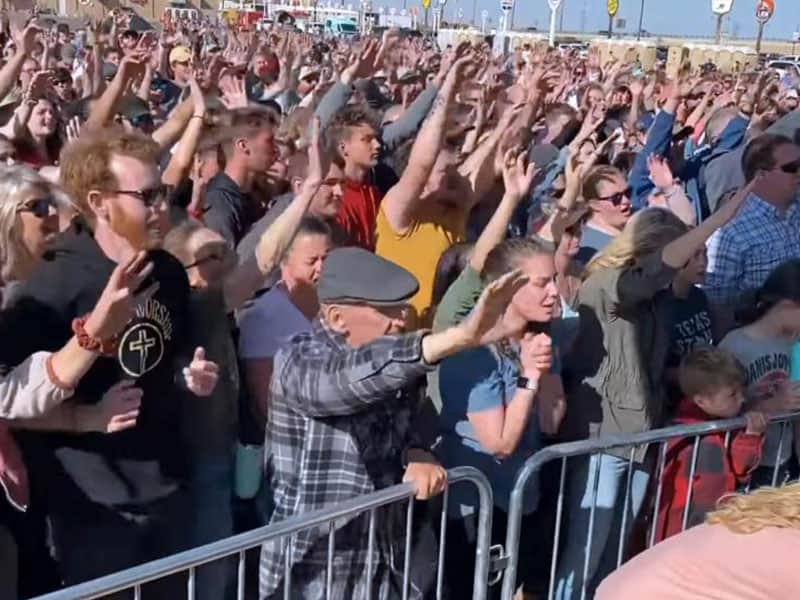 Revival broke out in Texas this weekend as thousands witnessed God perform miracles, and salvation came to many.

Sean Feucht and his team collaborated with Dr. Charles Karuku with International Outreach Church to realize the “Let Us Worship” revival event in Texas. Thus, they set a stage up in a dirt field in Lubbock on Saturday. Then at the event, God showed up.

Thousands witnessed God’s power, and revival broke out. Many people were set free from sin, and some were healed from disabilities.

Dr. Charles testified on Facebook, “5 people set free from same-sex attraction (most of them came to me backstage) They came to Lubbock Texas crying out for revival.”

He also added, “Altars were full of people giving their lives to Jesus. We prayed for the sick. A 61yr old woman born deaf who had $8000.00 worth of hearing aids was healed by God. A 27 yr old born deaf with multiple surgeries that did not fix it got his hearing back.”

And during the altar call, hundreds of hungry souls ran to the stage to accept Jesus, seeking salvation.

“The PRESENCE OF GOD is filling this dirt field and the POWER OF GOD is breaking out!!! It is UNDENIABLE to everyone here!!!”

GodTV previously reported how God’s power also moved in the same worship event in Southern California. The broken were restored, hearts were healed, and addicts surrendered everything that inhibits them in following God.

It has been almost a year when the “Let Us Worship” event started. These worship gatherings sparked after authorities banned churches from gathering during the pandemic. And surprisingly, the event brought transformations to people who attended it. Thus, Sean and his team decided to advance the revival movement.

God is indeed on the move!