Righting the Ship After the Midterm Election | God TV
Articles 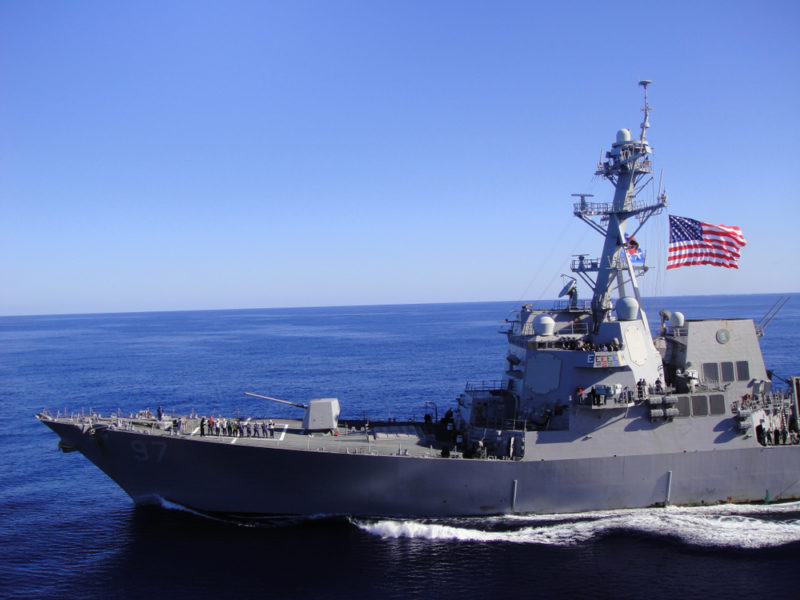 The midterm elections are over and there are some people who are happy and there are some who are actually devastated at the outcome. On the night of the reporting of election returns, many in the mainstream media were in a frenzy, having predicted a “blue wave” or a “red wave”, believing that polls were an indication of true will of “the people”. Upon reflection and assessment, many who are not among the mainstream have come to the conclusion that the outcome of the election is not only a true reflection of the nation, but also a sign that things really aren’t as polarized as the media has portrayed it to be.

In the last two years, President Donald Trump has consistently stated that the nation has been going in a wrong direction and that he was in essence working to “right the ship” which happens to be America. The Founding Fathers have in their God-given wisdom crafted the founding documents of this nation and the form of government which provides the freedoms we all enjoy today. Within that formation, we have separation of powers. We have the executive branch in which the President executes the laws. We have the legislative branch which writes the laws. Then the judicial branch exists to give interpretation of those laws. Altogether, the three branches are established to provide the people in this nation the freedom to pursue their own “American Dream”.

In the last 50 years, much has changed in this nation. Many will attribute it to the removal of faith from the educational system. With it, you could add the de-emphasis of civics as a means of transferring a true understanding of this nation’s history and spirit of patriotism. Some will say that it began with Roe vs. Wade, which legalized abortion, which has disproportionately impacted minorities.

In the last two years, the President has made moves to “right the ship” of America from an economic aspect, and we have seen a great transition from a country that had previously been in economic free-fall along with much of the rest of the world’s nations. With the improvement of the economy and seeing many Americans experiencing greater hope for employment and improved finances, attentions are turning to correcting the lack of justice, or rather, the one-sided nature in how it has been met out.

In the midterm elections, there was no blue or red wave. This too is a sign of the nation agreeing that there needs to be a “righting of the ship.” If the adage is true that “power corrupts, and absolute power corrupts absolutely,” then the shifting of the House of Representatives to a democratic majority and the Senate’s Republican majority reveals its own balance of power which can return the nation back to working in cooperation, collaboration, and at times compromise.

Righting the ship includes modelling the heart of Christ

As the hype over the election dies down. Americans have the opportunity to right their own ships by focusing on those things that matter to them in the “pursuit of happiness”. As Christians, there is an opportunity to faithfully exercise faith with more emphasis on righting its ship also. For Christians, righting the ship includes modelling the heart of Christ in love with greater understanding.

This would include loving our neighbors as we would desire to be love or even as we would love ourselves. It cannot be overlooked that there were just as many Christians who held as much contempt for the President as the media, Hollywood, politicians and non-Christians across the country. The Church cannot continue to preach love, spout hate and walk in contempt and unforgiveness, or else we become hypocritical. This is not a good testimony of the Church or of Christ.

It would include an acknowledgment unifying the nations must begin with a unification of the American Church, both racially and missionally. While it took an Abraham Lincoln to end slavery, the Church must become racially united in the same way that it finally came together to move America towards ending segregation. If the Church can come together, united by the Great Commission and the great commandment to love, we will see the righting of the ship, not just for the Church in America, but throughout America.

This article was written by Brian Taylor. The views and opinions expressed here are those of the author and not necessarily the opinions of GOD TV.

For just $100 per month you can bring the gospel to 10,000 homes. Join us as media missionaries! GIVE NOW
VIEW COMMENTS
« Legendary Marvel Comics Maker Stan Lee – Will He Still Be Legendary For Eternity? 16 Year-Old Student Paralyzed in Crash has an Unforgettable Heaven Experience »