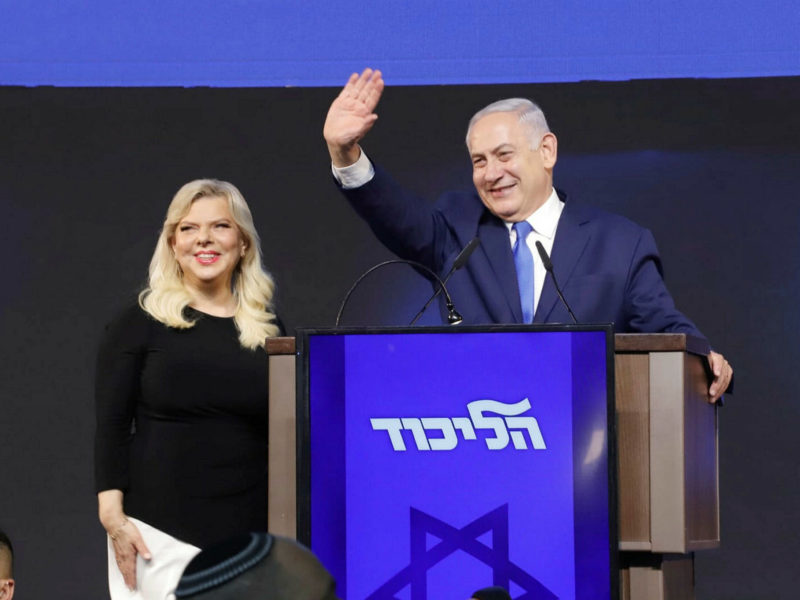 “This is the fifth time I am assuming the task of building the government of Israel — it is the greatest privilege possible in democratic life,” Netanyahu said in response.

Rivlin’s move comes after two days of consultations with parliament members, who backed Netanyahu as prime minister. “After consultations with leaders and representatives of parties that were elected to Knesset, 65 parliamentarians recommended you,” Rivlin told Netanyahu during the ceremony at the Beit Hanasi, the President’s Residence.

In comparison, the Blue and White party leader Benny Gantz only secured backing from 45 MKs.

The prime minister will likely build a coalition of 65 seats, 35 of them being Likud, seven from the ultra-Orthodox Shas, eight United Torah Judaism, five Union of the Right-Wing Parties, five Yisrael Beytenu, and four Kulanu.

Following Rivlin’s selection, Netanyahu now has 28 days to form his government, with a potential two-week extension if deemed necessary.

Newly elected members of the government will be sworn in on April 30.

For just $10 per month you can bring the gospel to 1,000 homes. Join us as media missionaries! GIVE NOW
VIEW COMMENTS
« Trump Administration Reveals Updated Map of Israel Easter 2004 – My Husband’s Resurrection Day »