Rooftop “Glamping” Pops Up In Israel 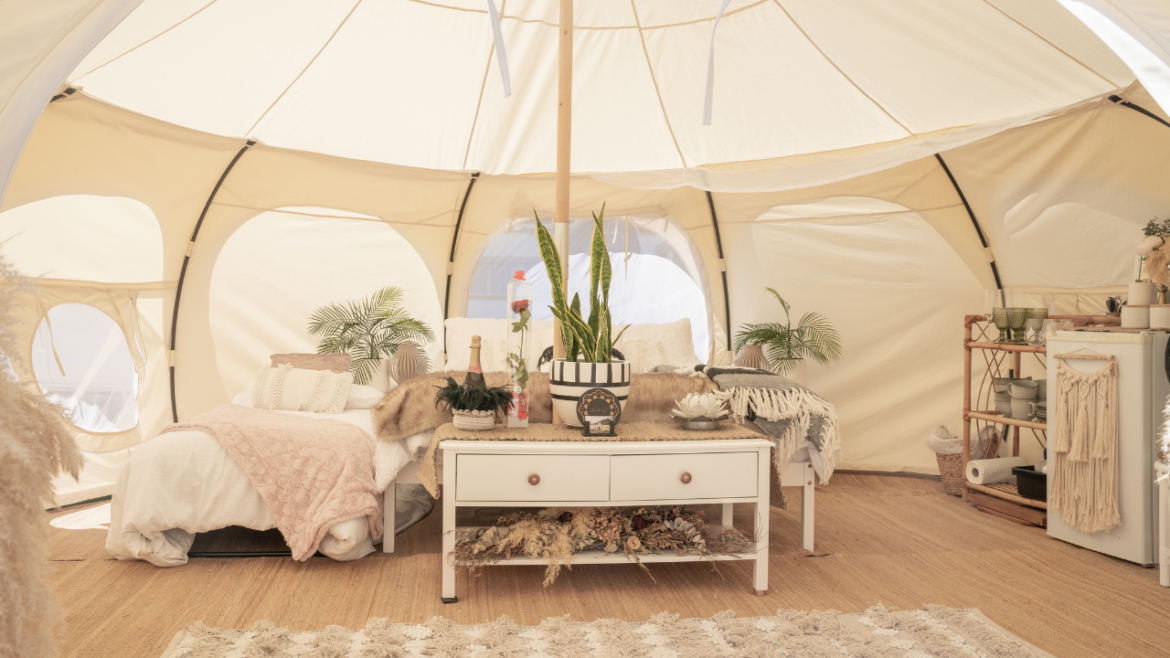 Israeli tourism has gone “glamping”—offering visitors rustic yet luxurious accommodations with a unique view of some of our major cities and hotspots. Glamping (a combination of glamorous and camping) sites have popped up in many locations, including on a rooftop in Jerusalem’s city center between the Mahane Yehuda market and Ben Yehuda Street.

A new company, Gag Eden (Gag means roof—it is a play on Gan Eden, which means paradise), is offering visitors a bird’s eye view of Jerusalem from the terraced rooftop of the Clal Center. The tents can sleep up to three people. Or you can stay in a larger accommodation—a capsule made of mud. On the half-acre terraced roof, there is a kitchen, shower, and shared bathroom, purposely designed to create a temporary community feel rather than just an overnight stay. The cost is around $87 to $116 a night.

Glamping sites have popped up all over Israel—especially since the appearance of COVID. It allows visitors to be outdoors more, but still have luxuries, like air-conditioning! Glamping accommodations range from tents to yurts (round huts) to luxury trailers…or you can bring your own tent and camp at the Jerusalem “Peace Forest” (a traditional camping spot).

Itay Kadish Katz runs another glamping outfit, Glamping Israel. Most of his sites are in the northern part of Israel or around the Dead Sea. He says he has seen an uptick in interest recently—more people looking for something other than the traditional hotel experience. His company puts the “glam” in glamping—offering guests a full tented kitchen and bar with a chef, lounge area, and a jacuzzi—lots of luxury under the stars.

Glamping is a growing global trend, with the tourism market share projected to be almost $6 billion by 2030. Gag Eden and their Jerusalem rooftop experience join only a handful of major cities and countries around the world—Melbourne, Manhattan, South Korea, and Switzerland—to offer glamping from the urban heights remains something of a rarity worldwide.