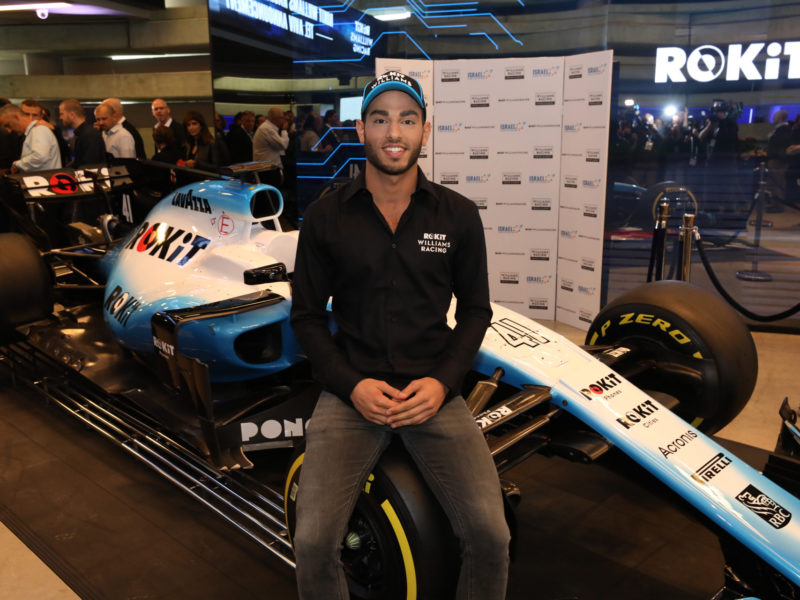 Nissany, 25, who began his journey in motor racing when he was 14, comes to Formula One following two successful seasons in Formula V8 3.5, where he secured thirteen podium finishes and reached pole position seven times.

He competed in the Formula Two championship in 2018 but missed last year’s season due to an injury.

In early December, Nissany was asked by the group’s president Claire Williams to participate in two days of testing in Abu Dhabi, after which the group decided to sign the Israeli as the team’s third driver.

Nissany will train with the team and drive on Fridays during Grand Prix practice at Formula One weekends, waiting for the opportunity to compete behind the wheel of one of Williams’ two championship cars.

“Today, I achieved the goal which I set for myself many years ago, to become a Formula One driver. This is a very exciting moment, not only for me, but also for everyone who has been with me along the way over the years,” Nissany stated at a press conference in Tel Aviv on Wednesday.

“Formula One reaches a huge audience of fans and I am so pleased that they will now get to know Israel through the motor racing track,” he added.

Sylvan Adams, President of the “Roy Nissany Formula One” management group and co-owner of the Israel Start Up Nation cycling team which will compete in next summer’s Tour de France, stated that “this is yet another landmark moment for Israeli sport. Hundreds of millions of motor racing enthusiasts across the world will get to see a different side of our country, what I call ‘normal’ Israel.”

“I cannot wait for the moment when we see the blue and white flag on a Formula One car,” he said.

For just $100 per month you can bring the gospel to 10,000 homes. Join us as media missionaries! GIVE NOW
VIEW COMMENTS
« PA, Hamas Fight in Oman Over Who Really Represents Palestinians From Promise to Possession, The Choice Is Yours! »