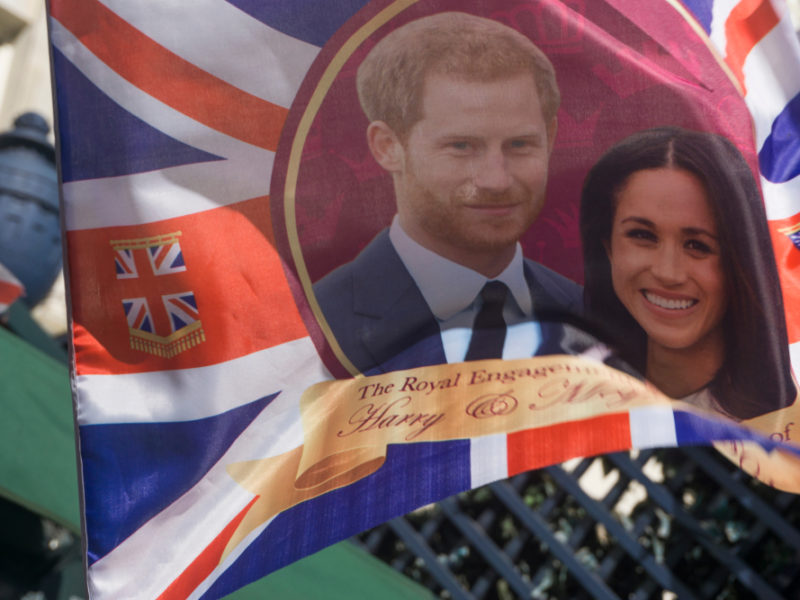 The world is eagerly awaiting the Royal wedding of the UK’s Queen’s grandson, Prince Harry and his film star bride, Meghan Markle. People from different backgrounds and ethnic groups will be celebrating the marriage of this ‘most modern of couples’ who announced at their engagement that they are passionate ‘to make a change for good’.

On Saturday television cameras from across the globe will be focusing on Windsor Castle for this momentous occasion. More than 2,640 people have been invited to the castle’s grounds for an amazing view of this special bride and groom as they arrive and depart for the marriage ceremony.

The couple who share a heart for helping the less fortunate, have invited 1,200 people who have demonstrated strong leadership in their communities. Another 600 people have been invited to witness the service in St George’s Chapel.

This latest royal wedding breaks the traditions of previous royal weddings as a young man descended from the British throne ties the knot with a woman of mixed race. That is not an issue, however, the fact that Meghan is divorced could have been a problem in the past.

82 years ago, a similar couple were not allowed to wed. King Edward VIII caused a constitutional crisis by proposing to American divorcee, Wallis Simpson (who was seeking a divorce from her second husband at the time.) Their marriage was opposed by political leaders as a woman with two living ex-husbands was not considered acceptable to be queen consort.

Also, at the time, the Church of England disapproved of a divorcee remarrying if their ex-marriage partner was still alive. King Edward realised it was best to abdicate after reigning for only 326 days (one of the shortest in British history). His younger brother, the current Queen’s father, succeeded to the throne to become King George VI.

However, a new trend was set by Prince Harry’s father, Prince Charles, who married Camilla Parker Bowles in a civil ceremony at Windsor Guildhall on April 9th, 2005. Both were divorced, Princess Diana had died after a car crash in Paris and Camilla’s ex-husband was and is still alive.

This paved the way for the Royals to welcome the former ‘Suits’ star into their family, despite the fact that she had been previously married. It also seems that she has more than won them over. “My understanding is that they like Meghan a lot,” said Prince Harry’s biographer Penny Juror in the British documentary ‘Harry and Meghan: A Love Story’ broadcast by Sky TV.

“I think, personally, that this is the best thing that could have happened to the Royal Family,” said Penny. “With Meghan, we have someone who is of mixed race, who’s a career woman, who’s a divorcee, who’s American, who comes from a broken home. She’s more representative of our society than the blonde daughter of an aristocrat ever could be.”

Prince Harry and Meghan have much in common. Both have parents who split up and both are known for their charitable work. Harry, who saw his own mother buried when he was the tender age of 12, used to accompany Princess Diana to homeless shelters. In his teens, he was known by some as “the wayward, Prodigal Royal,” as he was captured on camera by the paparazzi drinking underage and smoking cannabis.

During his gap year in 2004, he went to Africa and worked with children in Lesotho who had been orphaned after their parents died from the AIDS virus. Harry trained as an officer at the Royal Military Academy Sandhurst before joining the Household Cavalry in the British Army and served in Iraq, until he was forced to be deployed when foreign media publicised his whereabouts.

The head of the British Army at the time, General Sir Richard Dannat, advised him to retrain. Later Harry was secretly deployed as a Forward Air Controller in Afghanistan, after retraining with the Canadian forces. Harry launched the Invictus Games in March 2014. (It was at last year’s Invictus Games that the couple were first seen holding hands in public.)

Sir Richard Dannat said of Harry: “He’s a delightful young man…he had a difficult and complex childhood. The period he spent in the army was transformative and very helpful, as far as he was concerned. He’s now a much, much more mature individual.”

Meghan, 36, grew up in Hollywood and was educated at private schools. She showed her feminist side as an 11-year-old schoolgirl when she complained to a washing up manufacturer that they were sexist for implying that only women wash dishes in one of their adverts. Her successful campaign was covered by Linda Ellerbee on Nick News.

Before gaining a degree at Northwestern University, Meghan attended Immaculate Heart High School. She is well known for various humanitarian work and worked as an advocate with the United Nations Entity for Gender Equality and the Empowerment of Women, known as UN Women. A Hollywood celebrity, Meghan is used to the limelight.

Christine Knudsen of Immaculate Heart High School said in the documentary: “Meghan is unique. She’s brilliant, she’s articulate and it isn’t going to be easy in the limelight all the time…It’s not going to be easy to have your every move scrutinised, but I think because she’s got that depth, she’ll know how to handle it.”

We congratulate Harry and Meghan on their wedding day and wish them a bright and happy future together.

For just $100 per month you can bring the gospel to 10,000 homes. Join us as media missionaries! GIVE NOW
VIEW COMMENTS
« This Simple Guide will Transform the Way You Parent Your Kids: From Have To’s to Get To’s In a Failed Abortion Attempt to Be Scalded to Death, Melissa Ohden Shares Her Story »