Rush Limbaugh On Battling Cancer: 'Every Day I Wake Up..The First Thing I Do Is Thank God’ | God TV
Articles 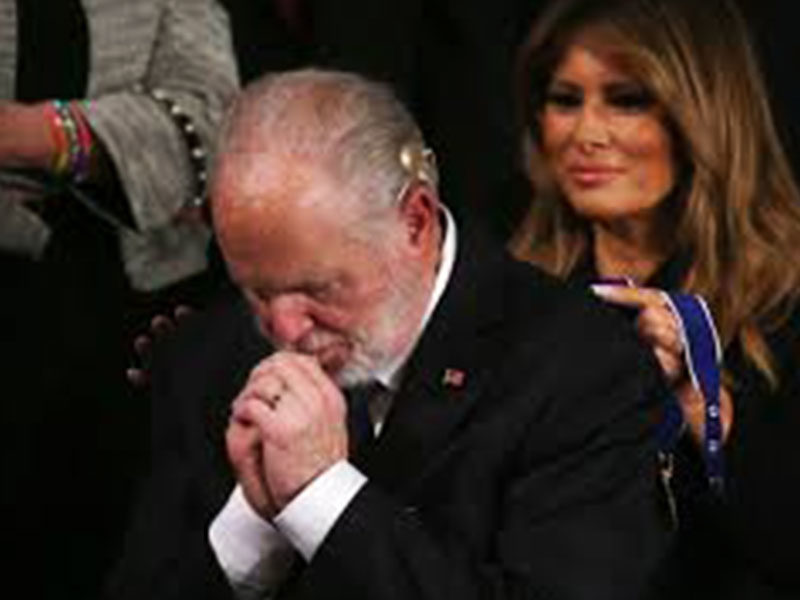 Radio show host Rush Limbaugh opened up on Tuesday about his health’s current status as he battles advanced lung cancer saying that the first thing he does upon waking up in the morning is to “thank God.”

Rush updated about his condition to his listeners, admitting his real circumstance. He said, “These are extremely challenging times for me medically. Nothing that millions of you haven’t gone through or aren’t going through.”

Then he continued, “And those of you who have or those of you who are going through it, you understand it. And so it’s… The temptation here is to start divulging a lot of stuff, and I’m not gonna do that, because I vowed not to be a cancer patient on the radio. I vowed to shield as much of that from the daily program as I can. I guess… I’m in the third wave of treatment now.”

A Tough Battle For Rush Limbaugh

The Rush Limbaugh Show host admitted that his third wave treatment has been tough.

“For the last seven days, I have been virtually worthless, virtually useless. I haven’t left the house. I haven’t done much of anything except just try to rest and relax. All of this was told to me; it was gonna be a factor,” he said.

Moreover, Rush stressed out how he’s grateful to God every day for another chance at life whenever he wakes up in the morning.

He said, “You know, every day… Every day I wake up and the first thing I do is thank God that I did. It is… Just waking up is a blessing. I know many of you are praying daily and nightly. I happen to believe that they work. I believe that they are sustaining me, and I pray for the energy to be able to do this. But I have to be… Folks, I have to be honest.” 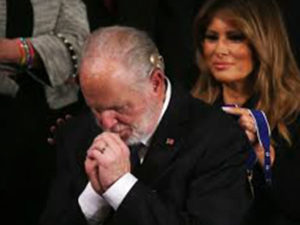 His Limitations On The Show

Also, the 69-year-old acknowledged how much his show takes out of him. Realizing that he never knew until he got sick.

“I didn’t realize until I got sick… I honestly didn’t. You’re gonna think this is strange. I didn’t realize how much physical and mental energy doing these three hours — the way I do them, with no guests — and, you know, I don’t do anything to give myself a break during the three hours to take, not even that many phone calls on a normal basis,” he said.

Rush revealed, “I’m aware of my energy limitations, and it’s why I said last Thursday that at any moment we may need to start rolling a best-of show here or guest hosts (which are standing by).”

Furthermore, the radio host especially commended his wife Kathryn. He regarded her as a great blessing in the midst of what he’s going through right now.

“I could not be doing this without Kathryn. I have never experienced anybody so selfless. I marvel at her selflessness.. But the things that she is doing to ease me through this and to make it as less arduous for me that it can be, I’m blessed,” described Rush.

At the end, Rush Limbaugh concluded, “If I wake up and realize I’m still alive and thank God for it, the next thing is, ‘Okay, can I go to work today?’ If I can, I need to get as many in as possible, because this is one of my primary loves in life — and you in the audience are the reason that this love of my life has been so extraordinarily happy and successful. It would not have happened without you.”

For just $100 per month you can bring the gospel to 10,000 homes. Join us as media missionaries! GIVE NOW
VIEW COMMENTS
« Prayer For Today You Don’t Want To Miss This Powerful Pentecost Teaching With Andres Bisonni »