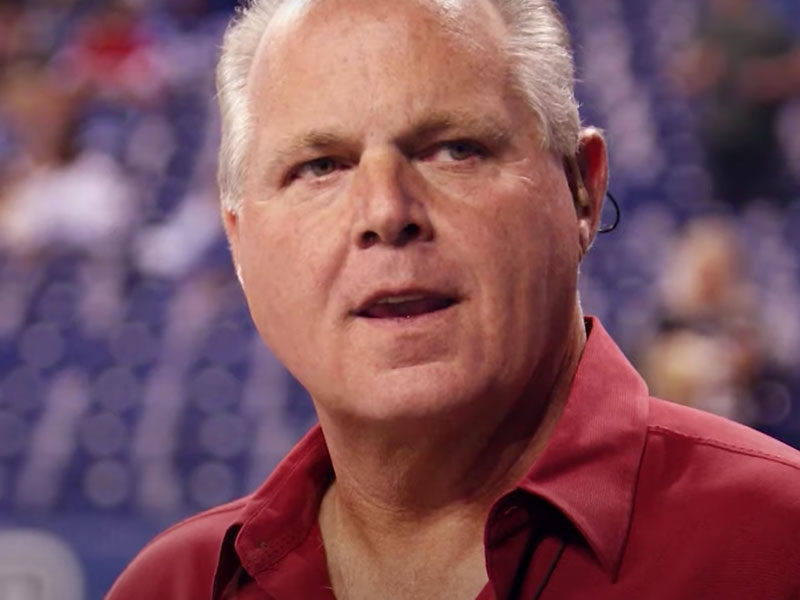 Till his last breath in battling lung cancer, the conservative radio host Rush Limbaugh points people to his personal relationship with Jesus Christ.

In February last year, Rush revealed that he was diagnosed with “advanced lung cancer,” highlighting that he’s totally relying on God with his condition. We remember how the 69-year-old shed light on the importance of his deep faith in God in such a difficult time.

“I’ve had so much support from family and friends during this that it’s just been tremendous. I told the staff today that I have a deeply personal relationship with God that I do not proselytize about. But I do, and I have been working that relationship tremendously,” he said while laughing back then. “Which I do regularly anyway, but I’ve been focused on it intensely for the past couple of weeks. I know there are many of you in this audience who have experienced this. Who are going through it yourselves at the same time.”

Then in October 2020, Rush once again opened up about his battle with cancer. At that time, he said he finds his strength and confidence in his relationship with Jesus. And despite his situation, he’s still grateful to God for everything.

“I have a personal relationship with Jesus Christ,” he said. “It is of immense value, strength, confidence. That’s why I’m able to remain fully committed to the idea that what is supposed to happen will happen when it’s meant to.”

Today, the news broke that the conservative talk radio pioneer who had influenced a generation of American politics finally went home to be with the Lord. He succumbed to the advanced lung cancer he was battling at the age of 70.

Till his last breath, Rush showed his great faith, pointing to his personal relationship with Jesus Christ.

He was a booming voice for America and left a remarkable legacy to the country. And to “his millions of listeners, Rush Limbaugh was a national treasure who can never be replaced.”

Let’s pray for the bereaved family of the late radio host and all those directly affected by his passing.