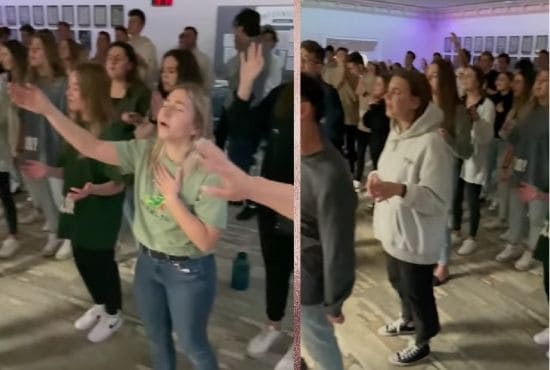 Russian and Ukrainian teens gathered to worship Jesus Christ together!

While Ukraine and Russia are in the midst of a chaotic war, a group of Ukrainian and Russian teens gathered in a room to worship together! In a Facebook post of Mark Morozov, it is seen that people from those two countries are worshipping Jesus Christ together. They are raising their hands and bowing their heads in awe of the goodness of God!

Mark is an evangelist and founder of Global Revival, a non-profit organization that aims for the revival of this generation. His organization has called these young people to gather in worship as a response to the war that is happening in Ukraine. 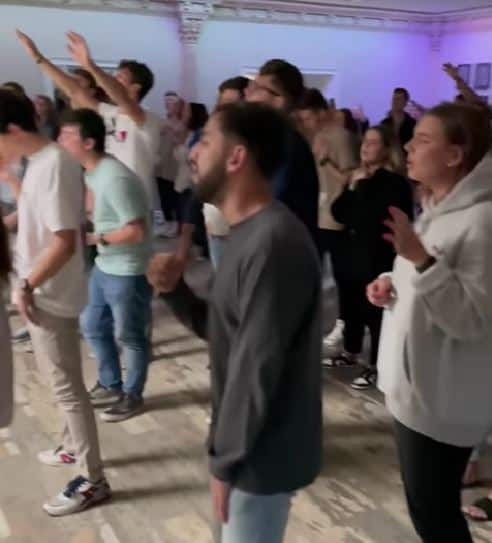 These Ukrainians and Russians are immigrants that are now currently living in the United States with their families. Despite not being in their country physically to fight for her, they are taking the battle in the spiritual realm. They are waging war against the injustices and chaos through their faith in the Lord.

The video was taken on February 25, the day after the first attack of the Russian forces to Ukraine began.

“In the midst of the chaos, here is a room full of Russians and Ukrainians worshiping Jesus Together,” written as the caption of the video. “While the world tries to divide us, Jesus unites us. This stirring will only awaken more radicals after Jesus. #RevivalIsHere #revivalisnow #revival”

The video has gone viral and now has been viewed over a million times and shared 82,000 times. It’s what the world needs right now, we need the Lord right now. We need His power more than ever, so let us not stop praying and worshipping Him.