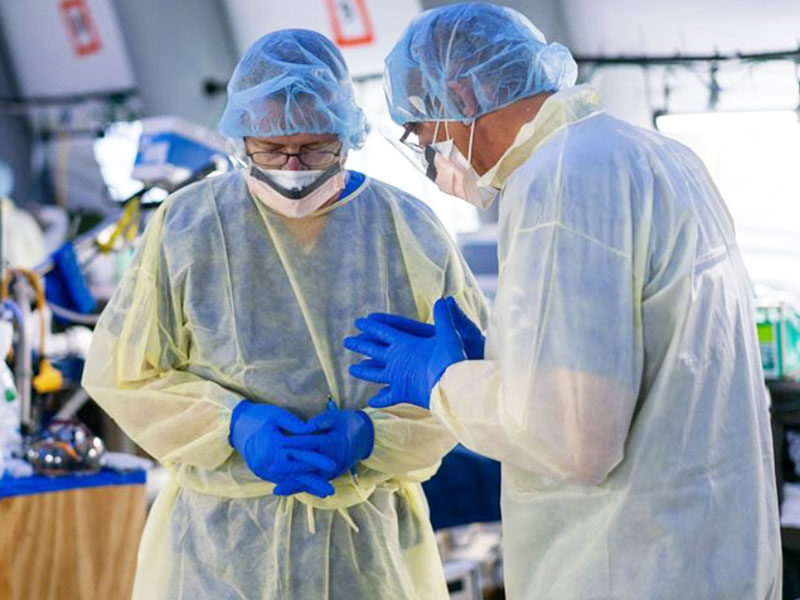 The Samaritan’s Purse team is leaving New York City in two weeks after the surge of novel coronavirus has been declared manageable.

According to a joint statement on Saturday by the Christian ministry and its partner hospital, Mount Sinai Health System, they have treated a total of 315 patients. All of them were given “high-quality medical care” within the field hospital tents.

“We are grateful for this opportunity to work together to save lives and reduce suffering,” said the statement according to New York City Public Radio. “Now that the surge in COVID hospital admissions is reaching manageable levels, we will stop admitting new patients to the Central Park field hospital as of [Monday] May 4.”

Apparently, critics in NYC previously slammed the Christian organization due to its biblical views on sexuality. Samaritan’s Purse wasn’t welcomed when they came to offer help. However, Franklin Graham, president of Samaritan’s Purse, cleared out that the team treated “everybody the same.” The ministry is a privately funded cause.

In their joint statement, they announced that it “will take approximately two weeks to treat these last patients. And subsequently decontaminate and remove the tents” from Central Park.

“While this crisis is far from over, this marks a significant turning point in the coronavirus outbreak in New York. That gives us assurance that we are returning towards normalcy,” they said.

New York City Council Speaker Corey Johnson wrote on his tweets regarding Samaritan’s Purse last week, “came at a time when our city couldn’t in good conscience turn away any offer of help.” But that “time has passed.”

“Their continued presence here is an affront to our values of inclusion. And is painful for all New Yorkers who care deeply about the LGBTQ community,” he said. Moreover, he brought up Samaritan’s Purse’s Statement of Faith. It says, in part, “marriage is exclusively the union of one genetic male and one genetic female.”

“As a city that values diversity and compassion for all, we can’t continue allowing a group with their track record to remain here,” he wrote. “When we’re past the point they’re needed.”

On Monday, Franklin Graham made it clear that they had a great relationship with Mt. Sinai Hospital. He addressed the NYC Council Speaker and other critics.

“Mt. Sinai did not waver in their support for us one bit,” Graham said. “They’ve just been a great group, a great partner.”

Then, when asked by the radio host if Samaritan’s Purse ever “rejected someone or treated them differently in the hospital because they don’t agree with you.” Graham replied, “Of course not.”

“Jesus didn’t come to condemn the world. He came to save the world. We want to show the same love and compassion He would. We love everyone. It has nothing to do with what they believe. We treat everybody the same,” declared Graham.“We’re committed to caring for people in Jesus’ name.”

For just $100 per month you can bring the gospel to 10,000 homes. Join us as media missionaries! GIVE NOW
VIEW COMMENTS
« Intel Acquires Israel’s Moovit for $900 M. Struggle With Worry? Get Seth Dahl’s New Book “Curing Worry God’s Way” »