BREAKING
Lay Aside The Old Self
Ben And Jerry’s Staying In Israel, But Founders Aren’t Doing The “Chunky...
Israel Has a New Prime Minister
Home Articles Samaritan’s Purse: Obeying the Command, Go and Do Likewise!

Samaritan’s Purse: Obeying the Command, Go and Do Likewise! 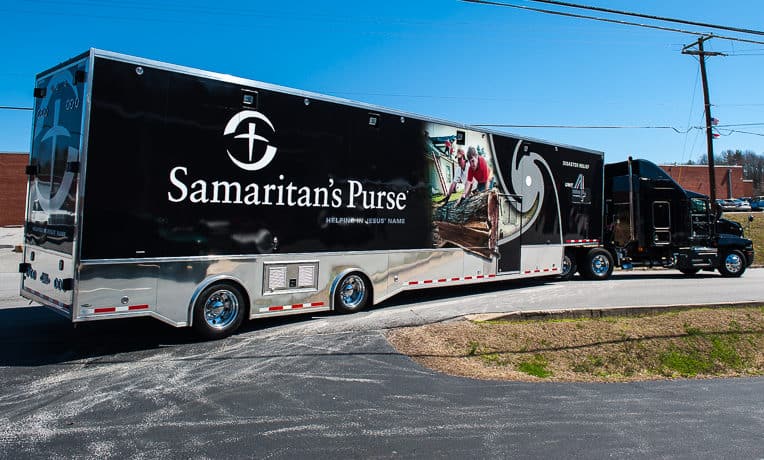 Some of the most popular Sunday School lessons we learn growing up is the story of The Good Samaritan. Many of us can quote it word for word: One man, beaten and left to die on the side of the road. Three men pass his way – a priest, a Levite, and a Samaritan. What sounds like the beginning of a joke, ends with the stranger tending to the needs of someone his race despised. This story of loving support was the beginning of Samaritan’s Purse, a calling placed on Bob Pierce to minister to those in emergency need across the world.

What is Needed Most?

“Let my heart be broken with the things that break the heart of God.” – Bob Pierce

Bob Pierce wrote these now famous words in his Bible after a visit to Korea during the post World War II era. He witnessed poverty and suffering in many countries during his tour of Asia as a journalist for Youth for Christ. God placed a burden in Pierce for the teams ministering to the needy. In 1970, he began Samaritan’s Purse to meet the emergency needs of those facing catastrophic events like earthquakes, hurricanes, war, and famine. They strived to mirror the Biblical account of the Good Samaritan – bandaging the wounds and providing for the needs, even while away.

What Samaritan’s Purse Does

Samaritan’s Purse has many tenants of ministry. They provide assistance internationally as well as domestically. All support given has Christ-centered roots; service in the Name of Jesus. Here is a sample of  the ministries Samaritan’s Purse is involved in:

Today, Franklin Graham is at the helm of Samaritan’s Purse. He began working with Bob Pierce in 1973. His first real experience was in 1975. They went to tour some of the neediest countries across the world. There, God birthed in Franklin a heart for those in poverty, despair, and in need of knowing a loving Savior. Most of those he encountered only knew of the pagan gods they were told to believe in. His heart was to not only provide for the physical needs but the spiritual needs of those they would support.

Not only does Samaritan’s Purse minister on an international level, they minister here in the United States. After Hurricane Florence in September of 2018, teams from Billy Graham Rapid Response and Samaritan’s Purse went into immediate action to help those impacted by the disaster in North Carolina. This is not an isolated incident. They have assisted in most natural disasters that occur in the U.S. Sending people to provide food, shelter, and medical aid. They are active even now with the widespread flooding in Oklahoma and North Carolina.