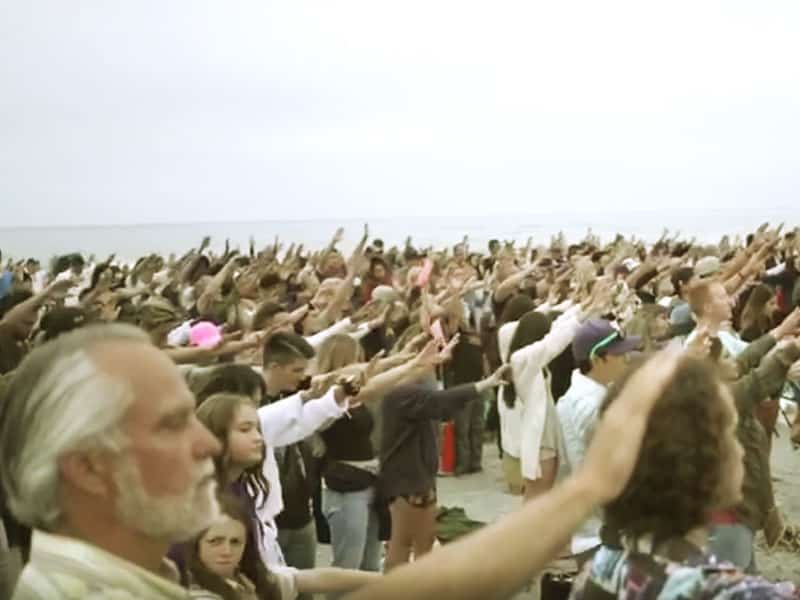 The “Let Us Worship” movement led by Sean Feucht was recently held in San Diego, California where hundreds of souls were saved and baptized!

At Seaside State Beach, San Diego, CA, one wouldn’t expect to see thousands of people gather for worship in the midst of a pandemic crisis. When everything is shutting down and fear is overwhelming the world, this group of believers is chosing to worship and stand in faith.

On Sunday, Bethel worship leader Sean Feucht shared about the revival that is happening in San Diego. He wrote in a Facebook post:

The gathering united different churches in the city. Hundreds decided to give their lives to Christ and were baptized–even children. Moreover, many believers were reignited in their faith. An estimated 5,000 showed up in the worship gathering, according to Sean.

Kris Kildosher, one of the participants at the gathering also shared the powerful worship. He did a Facebook Live and the video showed thousands singing “Raise A Hallelujah.”

“We’re in the great awakening,” Kris said while recording the live video.

The worship gatherings happening are peaceful protests. This was a response from Christians following Governor Newsom’s order to “stop singing and chanting at houses of worship.”

However, the peaceful protests are becoming what Sean claims as to the new “Jesus People Movement.” Because wherever they go, many people are getting saved and baptized. Also, many Christians are encountering God like never before.

How the church is responding is indeed remarkable. God’s moving in might ways in the midst of this pandemic.