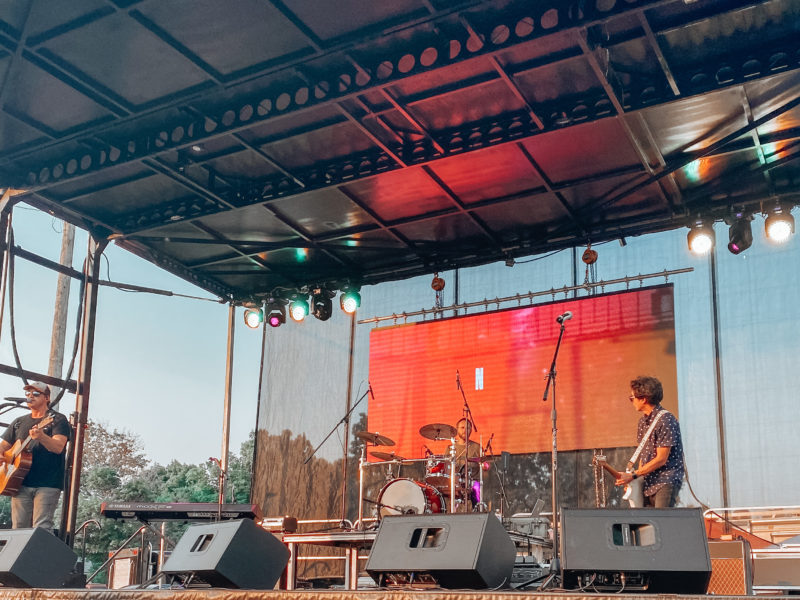 The first Revibe was in September of 2014. The Christian music festival began when various churches in the small town came together. They wanted to put together a music festival that would impact not only locally but globally, and bring God, the Father glory. 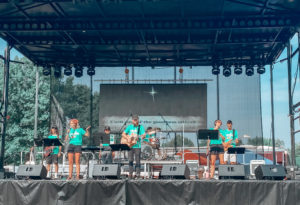 A question posed by Sanctus Real singer, Dustin Lolli, really made me think, and I decided to ask Jake Epley, who had performed at Revibe years prior with his band Redeeming Rebels and was now performing with the Waverly Worship Team, that question.

What would you tell the church?

“I would say remember the gospel,” Jake said, “the good news of God is what He’s done. I would encourage the church to continue to trust Jesus Christ alone for salvation. We are saved by His grace through the gift of faith He has given us. Through what He has done, dying on the cross -in our place, for our sin- so that we could be reconciled in relationship to our Father in heaven, and as we are filled and empowered by the Holy Spirit to live and love like Jesus, God is faithful to keep us to the end.” Jake went on to encourage believers to share the gospel and the good news with others. “Love God and the people He’s placed around you. Be full of grace and truth.”

The night continued with a message of love from the speaker, Eric Samuel Timm. Eric is also an artist and he began his message by painting a picture of Jesus as a soundtrack played. 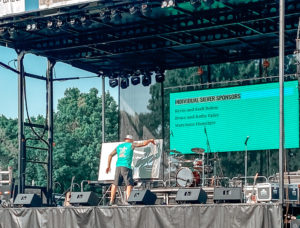 His message of love and unity was heard by a sea of people from all walks of life, different churches and beliefs, from all over, in lawn chairs, some standing, and some sitting in bleachers and on the ground, at the Bremer County Fairgrounds. Eric’s message brought hope to the crowd for better days and encouraged them to love like Jesus.

To end the night, Christian rock band Sanctus Real took the stage. The band was first formed in 1996 in Toledo, Ohio. The band today, consisted of Dustin Lolli, Chris Rohmann, and Mark Graalman. 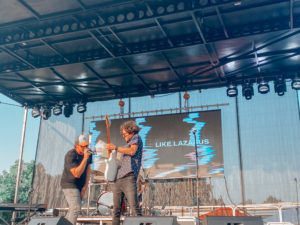 As the group sang hit after hit, a group gathered around the stage to worship. A friend of mine, Jesse, and I put ourselves among the group right up in the front. Jesse managed to make himself a part of the band’s “dance team” as a small group did as Dustin Lolli instructed, the shimmy.

Dustin Lolli said as the band prepared a worship song, that he wanted everyone to worship God, not the band, emphasizing that they are not on “another level” just because they are on a stage.

“The kingdom is a kingdom of worth,” Dustin said, “It’s about lifting our Creator high.”

As I said previously, Dustin posed the question, while retelling a story that involved someone asking him this question, what would you tell the church or Christians, if you tell them one thing?

“Through pandemics and wars,” Dustin said, “perfect love eliminates fear. The same God who calmed the storm is here tonight. His presence is the kingdom of heaven. This could be the perfect opportunity to shine the light in all the right places. We do have a God that never changes.”

All in all, the Bremer County Fair kick-off went great. This is a needed experience for the Christian community. The turnout was incredible as Iowa really showed the passion and power we have when we all unite together for the glory of God. In Iowa, a majority of concerts performed by large artists from a wide range of genres, are held in our bigger cities like Cedar Rapids, Iowa City, and Des Moines. Expanding to smaller towns, even if it’s just a county fair kick-off is a great idea, and starting music festivals would not only bring in crowds from the surrounding areas but also from surrounding states.

For just $100 per month you can bring the gospel to 10,000 homes. Join us as media missionaries! GIVE NOW
VIEW COMMENTS
« Using “Canfidence”, The ‘Can-Do’ Attitude To Push Through Challenges God, What Do You Want? »