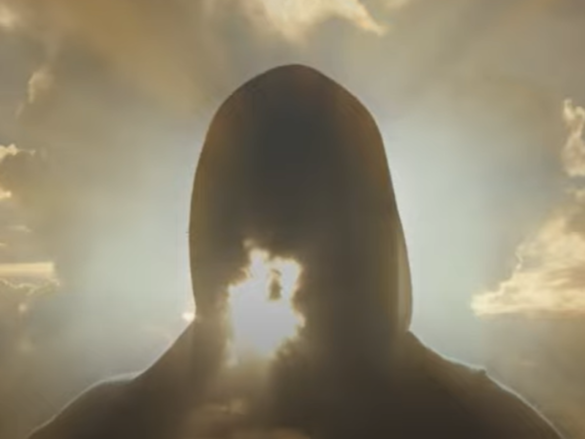 Hours before he decided to die, a satanist saw Jesus in a vision, and it changed him. He then surrendered his life to Christ and became an ordained youth pastor.

Sam had a terrible childhood. He grew up with a violent and alcoholic father and a drug addict mother. At such a young age, Sam was exposed to drugs and immorality.

Consequently, it also made Sam feel unloved and unworthy. He shared, “Well, if nobody wants to accept me, maybe there’s nothing worth accepting in me. If my parents can’t love me, even if they’re messed up and they still don’t love me, what am I really worth?”

Even so, Sam tried to straighten his life, so he enlisted in the army in high school. But, after two months, he got discharged because of his drug abuse problems and unstable mental health.

At 19, he was getting more and more depressed. That’s when he met a Wiccan priestess who introduced him to the occult and New Age practices.

Initially, Sam loved the dark practice. He felt he could have control for the first time in his life. “When I began to experiment with witchcraft, I began to feel this control,” he said. “I began to feel like I can manipulate the world around me. I can manipulate the people around me. I’m tired of being stepped on. I’m tired of not being accepted and loved by everybody, so I am going to force it to happen.”

Then, he exchanged his soul for Satan. After the blood covenant, he immediately knew he had made a terrible mistake. But, he thought that there was no longer hope for him.

Sam recalled feeling “completely empty like there’s nothing in me at all.” So, he decided to take his life. But, before his plan could succeed, God intervened.

“I had this mental image. It was the craziest thing in the world: It was Jesus. I began to feel like, ‘Maybe He’ll forgive me, and I’ll somehow find forgiveness and just be really low, just be like dirt to God.’ I’ll be like, ‘That’s better than where I’m headed.'”

So, he searched the internet about how he could renounce satan. He read Bible verses that declare God’s victory over the enemy.

He then took all his witchcraft tools and threw them away. Sam fell on his face on the floor and surrendered his life to God. He prayed, “God, I know that I don’t deserve to be forgiven. But if you want to forgive me, I’m asking for it, God. I need help. I need a new life.”

One-Time Satanist Has Vision of Jesus

A new life in Christ

Sam was healed from his addictions and mental unwellness. And for the first time in his life, he felt accepted and loved by God. He says, “It was unlike anything I’ve ever had in my entire life. It was so fulfilling and wonderful, and I knew I was a new person.”

Today, Sam is married and an active minister in their local church. He said, “I just thank God for everything that He’s done in my life, and it’s a blessing to be able to reach out to people. It doesn’t matter how far from God you are, how far you’ve gone with the devil, or how much you’ve surrendered to him. You can always come back to Jesus. If I can get saved and God can forgive me, anybody can be forgiven.”