BREAKING
US Voices Concerns Over West Bank Rise in Violence in 2022
“Once in a Lifetime” Ancient Burial Cave Discovered South of Tel Aviv
Five Texas Cows Arrive in Israel—Cause Stir of Speculation about End Times
Home Lifestyle Movies with a Message: Scrooge (1951) 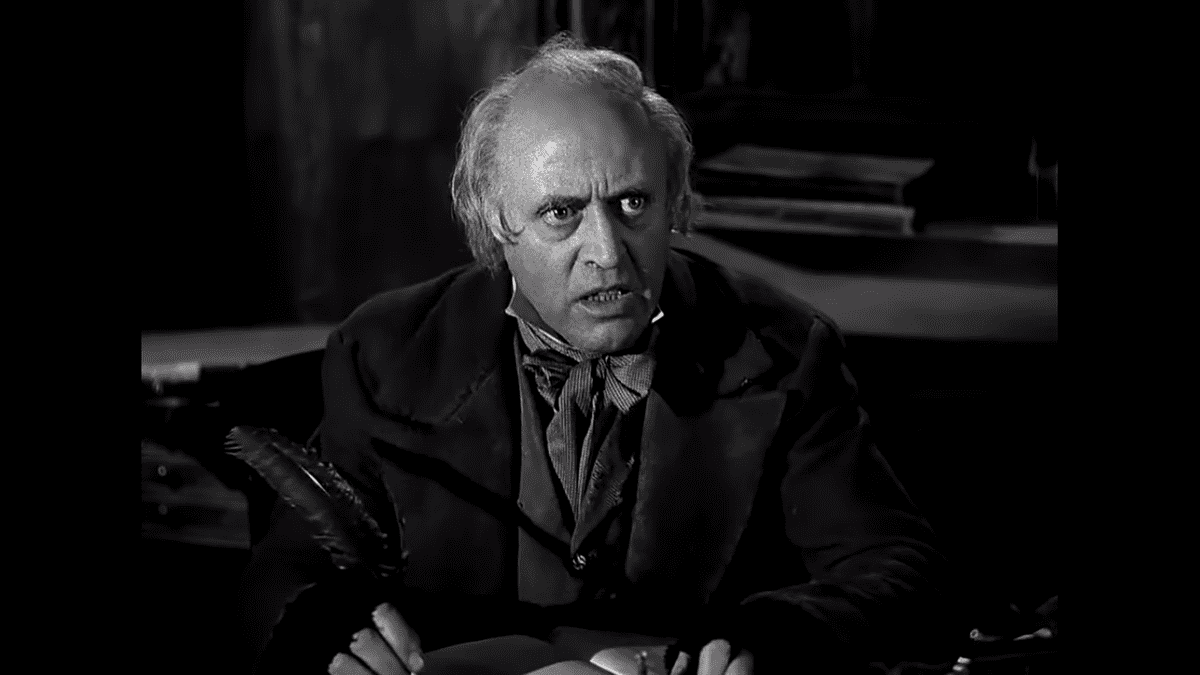 Scrooge (aka A Christmas Carol – US title) (1951)
UK Certificate: U
US Certificate: PG
Intended audience: All ages

Charles Dickens’s classic tale has been adapted countless times for film and for television. Memorable versions include the much-loved Muppet Christmas Carol (1992) and Robert Zemeckis’s spectacular and much underrated motion capture take from 2009. However, still the best version, in my opinion, is Brian Desmond Hurst’s monochrome gem from 1951, which features the very best screen Scrooge in the form of Alistair Sim.

Sim’s performance as the Victorian miser visited by three spirits on Christmas Eve to show him the error of his ways is exceptional. He conveys the cruelty and greed of Ebenezer Scrooge with great aplomb, but also guides the viewer through his gradual change of heart with surprising poignancy, particularly in scenes where the film expands on the text (the sad demise of Fanny for example, or the moment where Scrooge and Marley oust their former boss and mentor, Fezziwig).

This is very much the undiluted, classic version of Dickens’s seminal ghost story, with all its darker, grimmer, more disturbing elements refreshingly intact. From the genuinely frightening appearance of Marley’s ghost, to the chilling moment when the demonic presence of “Ignorance” and “Want” are revealed, this rendering ensures Scrooge’s redemption does not skimp on the metaphorical hellfire elements of the narrative. I recall seeing this as a child and being properly alarmed at the coming of the Ghost of Christmas Future.

But as we all know, it doesn’t end there. A Christmas Carol is one of those nigh-on idiot proof stories so superbly constructed that you’d have to try to fail in adapting it. This version isn’t merely competent but an exceptionally moody, vigorously cinematic piece, held together by the outstanding performance from Alistair Sim. Do yourself a favour and watch it again this Christmas.

One final plea: whatever you do, avoid the ghastly colourised version that for some obscene reason still does the rounds on television. Track down a proper monochrome print instead (they can be found on DVD).