Sean Feucht And Kim Walker-Smith Stand Victorious Against The Enemy In ‘Let Us Worship: Colorado” 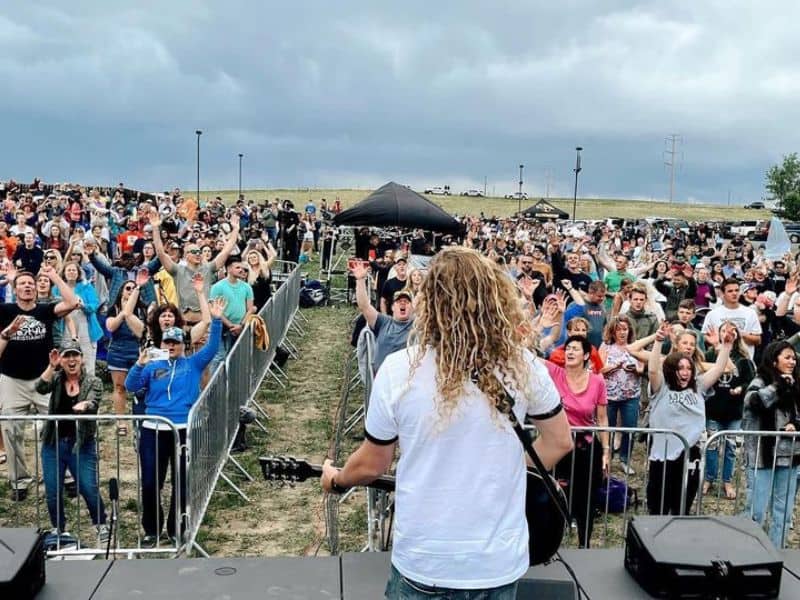 The Let Us Worship team, led by Sean Feucht, has continued invading cities across America to proclaim the power and salvation of Jesus. Last Sunday, one of the prophetic worship leaders, Kim Walker-Smith, joined the worship conference in Colorado. And together, they stood victorious against the enemy’s principalities and powers, manifesting the Kingdom of God with miracles, healings, and freedom.

According to Feucht, Colorado is one of the most liberal cities in the US. The presence of angry and offensive protesters during the event proved the worship songwriter’s claim.

The day was also marked with rain and heavy winds snd yet, thousands of worshippers attended and praised the glory of Jesus.

Not only that but minutes before the start of the worship, a 6-feet long snake kept chasing the sound team. So, they “crushed the serpent under their feet.” They saw the incident as a prophetic act of God’s people having victory over the enemy’s distractions in the city.

Feucht said to the crowd of worshippers, “I feel like the Lord spoke to me about Boulder, that there is an anointing for worship here. The battle over Boulder and Colorado is who will be worshipped.”

He added, “God is calling us to reclaim high places for worship.”

The high places he referred to were from the Old Testament, where the “high places” were places of worship to false gods.

On June 8, Feucht released his new album, “Key of David,” recorded during the live worship in Los Angeles. And just hours after the launch, the album placed the top spot on Apple Music under the Christian genre. Meanwhile, it secured 15th place over every music genre in the world.

The good news overwhelmed Feucht and his team. He said, “The album is still cranking at #1!!!! THANK YOU, EVERYONE! What is your fav song/moment on the album and why?”

One of his followers commented, “Get free is my favorite song on there. From the moment I heard it this afternoon, it really filled me with so much joy. I actually had to turn it up.”

To listen to his new album, go to Apple Music.