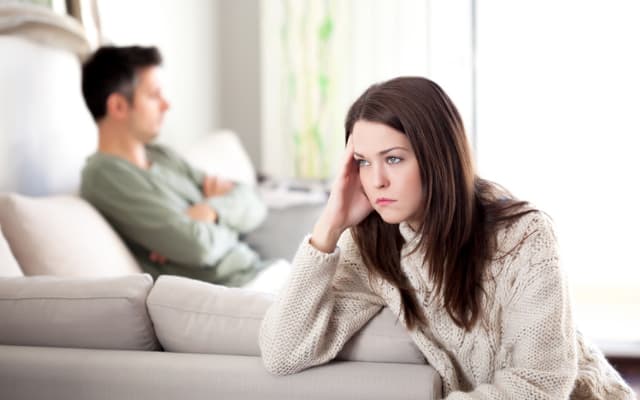 The Secret Enemy in Your Marriage

There are many husbands and wives who go into a marriage fully aware of the fact that they are prone to taking conflict by the horns. These couples typically have frequent arguments when a disagreement arises and they are not satisfied to just sit by quietly and let the conflict stew in their minds. With these very turbulent relationships, there can be no hiding the fact that something needs to be corrected with the way the disagreements are communicated.

This is not the fact for one very secret enemy that can creep into a marriage: the issue of completely pushing down a disagreement and having unexpressed conflict go neglected in a relationship. Whether the reason is that either couple is stressed, emotionally drained, mentally distracted, or afraid of causing an argument, it cannot be denied that conflicts that go ignored will ever just go away.

In fact, they do the very opposite. Left to its own devices, a conflict that goes unresolved will only grow and fester within until it has turned assumptions into accusations and accusations into evidence. Very quickly your spouse is put on trial and given a guilty verdict without them ever even knowing that they were being charged with any crimes at all.

It is at this point that the silent killer in your marriage slowly creeps in and takes hold of the loving and trusting foundation that has been built. When we feel wronged and are hurt by the actions of someone so close to us it can be very difficult to have genuine moments of laughter and intimacy. Slowly these special moments begin to become rare and nonexistent, leaving the relationship only a shell of what it once was.

Though it can be the scariest thing in the world to express the conflict you are experiencing, it is a vital step in preserving the love in your marriage. Just being able to share the misunderstanding and hurt with your spouse can create a stronger bond all on its own as you work together to resolve the issue.

For this reason, it is important that conflict is not only expressed and communicated but then also dealt with in a healthy way. Here are five practical steps to follow with your spouse:

It will be tough and it will be scary to speak up about the conflict, especially for anyone who is non-confrontational to begin with. However, it is so essential to address a conflict as soon as it is felt so that any harm to the marriage can be stopped in its tracks before it even begins. This is a biblical fact supported by Proverbs 17:14 – “Starting a quarrel is like breaching a dam; so drop the matter before a dispute breaks out.”

Though it can be embarrassing and risky, admitting the mistakes that you made to your spouse can be a huge way to relieve the tension that has built up due to any conflict.

The musician John Mayer sings these very simple but easy to follow words in one of his songs: “Say what you need to say.” If you have a sense that something is wrong do not try to reason it away through an endless cycle of thoughts in your mind because they will only turn more negative and drag you even deeper into the hurt as time goes on. The only way to kill the assumptions that have been made is to express what you are truly feeling with your spouse.

#4: Attack the issue, not each other!

Once the honesty has been shared and an authentic apology has been made it is so important that each spouse agrees to forgive and move on. Holding onto past issues only to bring them up when a new conflict arises will keep your marriage from moving forward together.

Make sure to keep your word regarding any changes or corrections that you have promised to follow through on. Lean on God to help you grow and change while making an honest effort to correct the issue. Both spouses need to be able to trust each other fully otherwise the security of your relationship will feel constantly attacked. Without trust there is no strong foundation for your relationship to be built on and when a conflict arises, your marriage will be even more easily rocked.

With God in your marriage and putting these five steps into practice you and your spouse will be able to work together to defeat the secret enemy that is hiding in your marriage. We are praying that you find the courage to express your conflicts as soon as they arise!

For just $10 per month you can bring the gospel to 1,000 homes. Join us as media missionaries! GIVE NOW
VIEW COMMENTS
« One Effective Way to Develop Self-Control You Won’t Believe Who Is Watching Your Profile »