Here’s a Secret Weapon to Defeating the Enemy: Movement 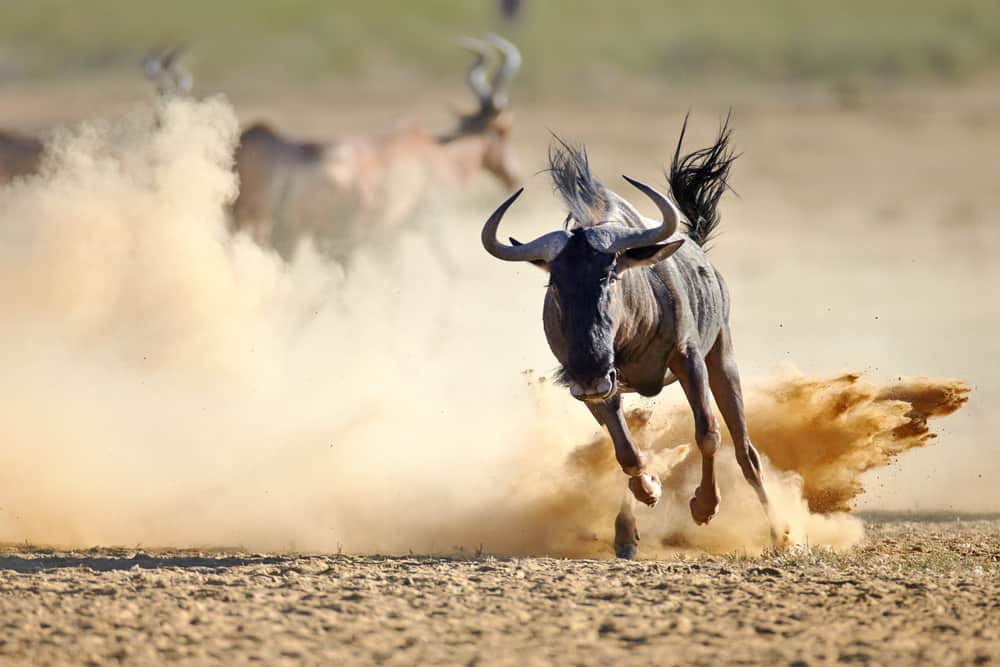 A popular clip is making its rounds through the social media world. Perhaps you’ve seen it. The setting is the Galapagos Islands. After emerging from their nests, baby marine iguanas must make their trek to the sea. But there is a small problem. Well, that’s an understatement. Actually, there is a really big problem. Racer snakes are lurking in the rocks licking their proverbial lips (I’m not sure snakes have lips but you get the picture) This will be their best feeding opportunity of the entire year. In the video, pay attention to how key movement really is.

The stage is set

As the little lizard makes his way across the barren volcanic sands, the background music signals danger. From the rocky crevices, not one, but hundreds of snakes appear. The little iguana stops dead in his tracks. That’s when the narrator, in his elegant British accent, provides the traumatized viewers with this important bit of reptilian insight. “A snake’s eyes aren’t very good,’ he says, ‘but they can detect movement.”

By this time every viewer is cheering for the underdog iguana. If this curiously cute critter can just remain motionless, perhaps the zillions of snakes won’t be able to see him!
But then the scenario worsens. The scary music takes us to another level of dread. A snake slithers dangerously close. Our iguana’s eyes blink rapidly. What will he do?

He makes a mad dash for the rocky hills!

And as he does, snakes begin to flow like liquid lava from the rocks. They seem to be everywhere. At this point, you are making sure you actually identify the location of this beach from hell so that you will never accidentally choose to vacation there!

After a dramatic fight against all odds, the little iguana escapes to live another day. So what’s the point?
As I was watching this video, the words of the narrator reminded me of an important lesson about spiritual warfare. Satan, the serpent, can’t see very well. He is not a visionary. He, unlike God, is not omniscient. He cannot “see” our future. However, Satan, like earthly serpents, can detect movement.

A frozen, lifeless church is no threat to him. In fact, if you just remain spiritually immobile, disengaged from what God is doing, you may live a relatively stress-free existence. But if you are moving, if you have spiritual momentum, if you are growing and advancing in your walk with Jesus, it should come as no surprise that you actually attract demonic opposition.

This is why he stridently resists revival. Arthur Wallis, in his revival classic, In the Day of Thy Power, reminds us that revival is part of God’s divine strategy to “counteract spiritual decline and to create spiritual momentum.” Revival makes us spiritually alive and moves us forward into God’s kingdom purposes.

The good news is that Satan is no match for God!

Evangelist Reinhard Bonnke reminds us that “God moves, and men no more oppose Him than an insect can oppose a tornado!” So keep moving after God. Keep pursuing His heart! Refuse to fall victim to the spirit of complacency and passivity. The God of peace will soon crush Satan under your feet! (Romans 16:20) God’s kingdom is forever growing, increasing and advancing and we are part of that kingdom.

You may, at times, feel a little like that baby iguana! The challenges of this life can be overwhelming. You feel small, weak and powerless. I’ve been there. But remember these great words from the pen of one of the world’s great reformers, Martin Luther:

And though this world, with devils filled, Should threaten to undo us, We will not fear, for God hath willed His truth to triumph through us:  The Prince of Darkness grim,  We tremble not for him;  His rage we can endure,  For lo, his doom is sure,  One little word shall fell him.
(A Mighty fortress is Our God)

Dr. Ron Johnson Jr. serves as the senior pastor of Living Stones Church in Crown Point, Indiana. In addition to his pastoral roles, he founded and leads the Indiana Pastors Alliance, a network of clergy, churches and Christian organizations who have come together to advance and defend the cause of faith, family and freedom throughout the state. He has been a national leader in the Pulpit Initiative, a legal effort designed to protect the First Amendment rights of pastors in the pulpit. Ron’s passion is to see pastors take a more active role as the prophetic voices of their communities.   He is happily married to Marion, his college sweetheart of over thirty years, and they have been blessed with eight children. You can follow Ron on Facebook @ facebook.com/ronjohnsonjr or receive his weekly blogs at reformingculture.com.