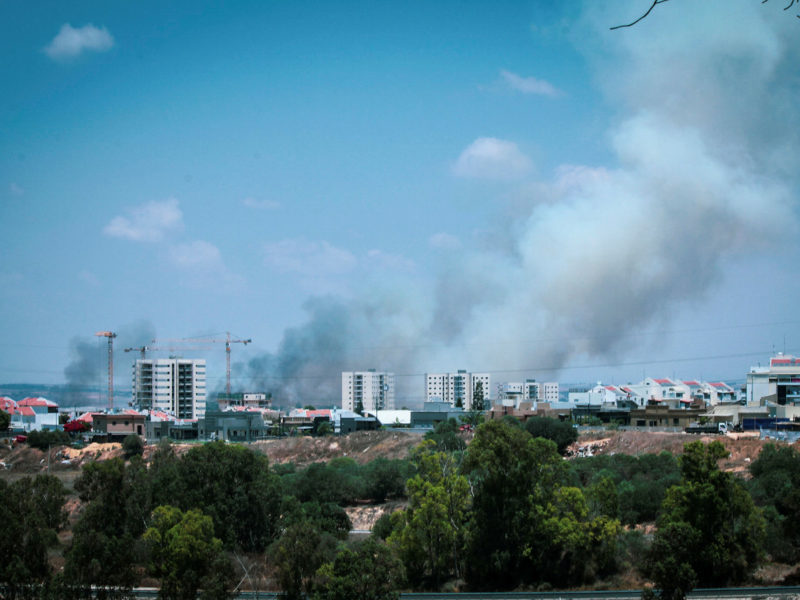 The Security Cabinet has instructed the IDF to escalate its response to attacks from Gaza following an incident in the early hours of Wednesday morning in which two rockets were fired at Israel, one scoring a direct hit on a house in Beer Sheva and the other landing off the coast in the central region.

While the Cabinet did not issue a statement after a marathon overnight session into the early hours of Thursday morning, Housing Minister Yoav Galant warned that the rules of engagement with Hamas and Gazan terrorism are about to change. The former head of IDF Southern Command, who sits on the Security Cabinet, told Channel Two that although he could not speak about “the content of the cabinet discussions… I can say one thing very explicitly – the rules of the game are about to change.

“We will no longer accept the arson terror and the border terror,” he warned.

According to various reports, the Security Cabinet instructed the IDF to gradually implement a zero tolerance policy, beginning with Friday’s expected weekly mass demonstration on the border.

The IDF was reported to have presented two different operational plans for the escalation in the south – one, a wave of aerial strikes and the other a policy of containment with a gradual escalation of its response in line with developments on the ground.

Defense Minister Avigdor Lieberman was said to have demanded a more aggressive response. Liberman said earlier this week that Israel had exhausted its options in trying to reach a long-term understanding with Hamas and that the time has come “to take off the kid gloves” and launch a major military operation against the terrorist group to put a stop to months of violence.

“We should have used the rocket attack in Beersheba to launch an attack and restore the balance of fear in Gaza, and unfortunately this did not happen,” he said. “We don’t need a ground invasion of Gaza, but we do need to make their leaders afraid to walk outside. They must be the ones who are afraid.

“We met with the prime minister yesterday and he sounded determined to act, but this morning we were surprised to learn that things were returning to normal,” he said.

Likud MK David Bitan said told Army Radio that “the time has come to carry out a ground operation in Gaza.”

The former coalition chairman said had been no cease in attacks or calming of the situation. “Enough already with this foot-dragging.”

However, Likud MK Yoav Kish explained that Israel is giving Gaza another opportunity to de-escalate the situation.

“We were very close to making a decision to significantly escalate the situation in Gaza,” he said. “I assume that this is one of the last attempts at an agreement.”

“The blow to Hamas will come. It’s just a question of when – and it’s not worthwhile to fall into [the trap of going according to] their timetable.”

For just $100 per month you can bring the gospel to 10,000 homes. Join us as media missionaries! GIVE NOW
VIEW COMMENTS
« People Shouldn’t Be Called ‘Termites’, Mr Farrakhan. Sounds A Lot Like Nazism After Quiet Night in Gaza, IDF Lifts Restrictions in Southern Israel Communities »