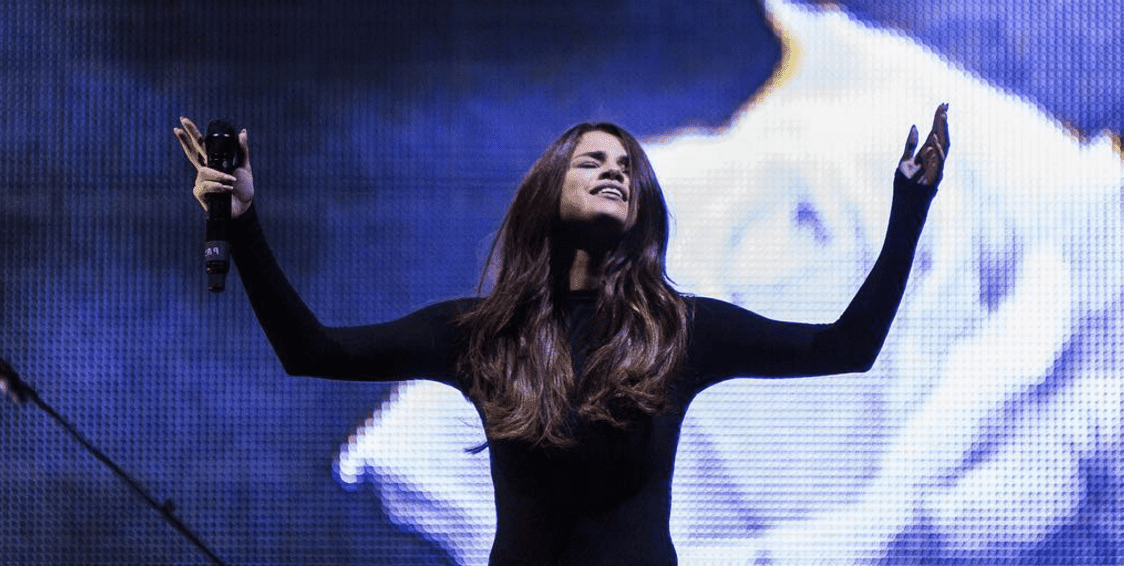 “I Can’t Wait for People to Forget about Me;” Selena Gomez Points Fans to God

Disney star turned pop-singer, 25-year-old Selena Gomez is tan from the spotlight, but despite her stardom, she has not been immune to struggle. After having launched a solo music career, selling over 7 million albums and 22 million singles, she abruptly ended two tours, retreated to a private life of solitude, and wrote her first Christian hit single “Nobody.” Read on to find out why!

On Instagram she’s a hit. She thanks her 110 million Instagram followers (a.k.a. “Selenators”) for their passionate support, which allows her to do what she loves to do every day. Her fans love her down-to-Earth, “I’m-just-like-you” posts, which range from a picture of her leading worship at a Hillsong concert to comments about a Judah Smith sermon.

But Selena isn’t just putting on a show for her fans. The very things they like most about her--authenticity, groundedness, and maturity--are the motivation behind her recent retreat from the limelight.

In an interview with Vogue, Selena revealed that she deleted Instagram from her phone and purposely forgot her password because she hated the emotional rollercoaster of likes, dislikes, and comments; when she realized she was addicted to Instagram and it was controlling her life, she distanced herself from it.

So What Does She Do?

I know, right?! If a celebrity’s not interested in social media, how does she perform her “job duties?” Ignoring societal standards, Selena has carved out a life of solitude, living “in an Airbnb in the Valley,” only leaving the house for “long drives with her girlfriends.” This coming from a young woman described by close friend Taylor Swift as “both 40 years old and 7 years old.”

Selena’s niche of solitude came after she canceled two tours, one in 2014 due to a lupus diagnosis and the other in 2016 because of psychological burnout. She laments that tours are “lonely,” especially now that her audience of innocent children has morphed into a mosh pit of teens and young adults who drink and smoke.

At her young age, Selena felt like she had no wisdom to offer misled youths. After all, she too experienced typical “young adult” struggles, including her on-again, off-again relationship with Justin Bieber, who has been sharing his faith publicly as well.

The first part of her viral music video “The Heart Wants What It Wants,” is an audio-recording of Selena’s psychotherapy session as she attempted to recover from heartbreak. This unparalleled level of access is yet another reason why Selena’s fans are obsessed.

Though Selena prefers the comforts of home to the chaos of nightclubs, she is more than happy to share her faith publicly, proudly asserting that she is a “Christian.”

To guard her heart, Selena walks the fine line of being open about her pain and protective of her personal life. During her time of solitude, she wrote her first worship song--entitled “Nobody”--dedicating it to “the one thing that holds it all together for me.”

For one fan, the lyrics were a little too ambiguous. After the fan inquired who the lyrics referred to, Selena gave a straightforward answer on Twitter, “God.”

No oxygen, could barely breathe
My darkest sin, you’ve raised release
And it’s all because of you, all because of you
I don’t know what it is, but you’ve pulled me in
No one compares, could ever begin
To love me like you do

In her interview with Vogue, Selena remarked, “I … can’t wait for people to forget about me.” With the release of her new song, it is clear that Selena hopes fans will redirect their enthusiasm from her to God, the ultimate celebrity.