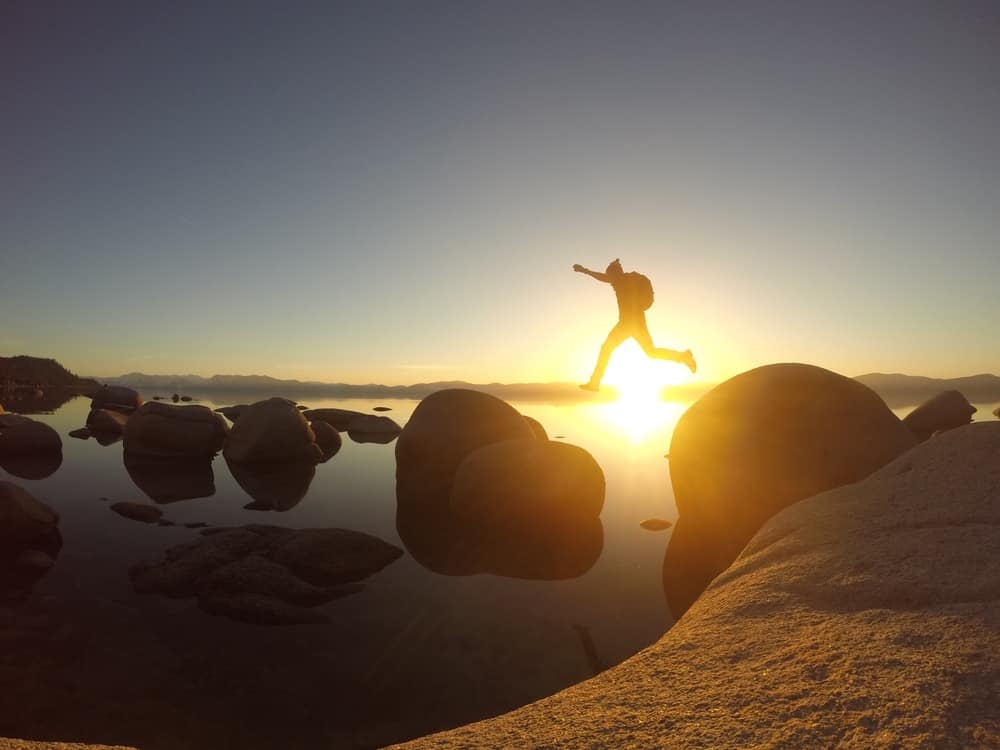 Your enemy is radical. He goes to extreme measures to fulfill his part of John 10:10, to steal, kill and destroy. As Matthew 11:12 (NKJV) says, “The kingdom of God suffers violence and the violent take it by force.” The devil has forced his way into your circumstances. Radical warriors force him out, in the name of Jesus! It’s a battle of faith and fear.

It’s time to get radical. Over the next few weeks, I’ll share 7 earmarks of radical spiritual warriors. The first earmark is a radical faith mindset.

Do You See Through the Eyes of Faith or Fear?

When Moses was leading Israel, he sent spies into the Promised Land to scope it out. Numbers 13:27-28 recounts the scene:

“They reported to him and said, “We came to the land where you sent us, and surely it flows with milk and honey, and this is the fruit of it. However, the people are strong that dwell in the land and the cities are fortified and very great, and also we saw the children of Anak there.”

Now, that’s a radical fear mindset! Joshua and Caleb, by contrast, demonstrated a radical faith mindset in Verse 30: “Caleb silenced the people before Moses and said, ‘Let us go up at once and possess it, for we are able to overcome it.'”

In Verse 31-33, we see a wrestling match between faith and fear.

“But the men that went up with him said, ‘We are not able to go up against the people because they are stronger than we.’ They gave the children of Israel a bad report of the land which they had spied out, saying, ‘The land through which we have gone as spies is a land that devours its inhabitants, and all the people whom we saw in it are men of great stature. And there we saw the giants, the sons of Anak, which come from the giants, and in our eyes, we were like grasshoppers, and so we were in their eyes.'”

The 10 spies testified that the promised land was just as God had said. It was a land flowing with milk and honey—with provision. All they had to do was dispossess the former occupants and take up residence. But fear caused them to see themselves as unable. The Bible says they refused to enter the promised land. They were well able, but they refused.

Joshua and Caleb tried to reason with their brothers in Numbers 14:9: “Do not rebel against the Lord, nor fear the people of the land because they are bread for us. Their defense is gone from them, and the Lord is with us. Do not fear them.”

Joshua and Caleb were radical. God said of Caleb he had a different spirit. He had a spirit of radical faith—and so do you. God has given you a measure of faith. Technically, you have all the faith you need right now to blast fear out of your way and obtain your promise. Many times, though, weariness from walking in the wilderness sets in and our faith grows weak.

We need to intentionally develop radical faith by radical consumption of the Word of God. The Bible clearly says “So then faith comes by hearing, and hearing by the word of God.” (Rom. 10:17)

Too many believers are on a Word diet or a Word fast. Really, they need to feast on the Word and fast a few meals, fast some TV, and fast some gossip. When I walk through battles against God’s promises in my life, I feed my spirit with the Word of God in any form I can find. I find specific verses, specific teachings and specific worship music that inspires faith in my heart.

Pray this prayer: Lord, I repent of seeing through the eyes of fear when you’ve given me the measure of faith. Forgive me for allowing the enemy to force is way into my life with his fear, unbelief and doubt. Father, help me to rise up with the measure of faith you’ve given me—that faith that moves mountains—and take the land you have allotted for me, in Jesus’ name!