A sex trafficking victim found freedom after 30 years when she encountered the unconditional love of God that turned her life around!

Mary Francis Cummins grew up in a chaotic home in Louisville, Kentucky. She was born into a family suffering from poverty, alcoholism, depression, mental illness, and drug abuse. As a result, she was already exposed to the world’s evils even at a very young age.

As a child, someone abused Mary. But she kept it a secret because of shame. Then at 15-years-old, a biker showed her special attention and began to groom her. Soon, when she turned 18, the man forced her to take a trip with him. That’s when the young Mary discovered he would use her for trafficking to truckers at truck stops. Since then, her life went spiral, and she worked as a prostitute and a dancer in strip clubs for the next 30 years.

But all the while in Mary’s life, she had a gaping hole in her heart, seeking love. She tried to escape, but the adult entertainment industry kept pulling her back to the core. Soon, when guilt and shame overcame her, she attempted suicide. She thought it was the only way out of trafficking. But each time she tried, it wouldn’t happen.

Mary also tried five marriages and experimented with different religions in hopes of finding what she was searching for in her heart. But not even one satisfied. Until one day, someone gave her a pocket Bible. That’s when she began to pray and cry out to God. 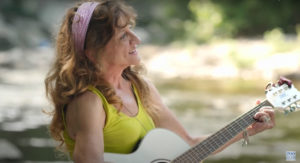 Soon after, two ladies from Scarlet Hope, a Christian group that ministers to women in the sex trade, came to her club. Acknowledging they were church ladies, Mary immediately grabbed one of the ladies and said, “I need prayer!”

The Christian ladies prayed for Mary and gave her food. They also invited her to a Bible study and church. Then what happened next totally turned Mary’s life around to the glory of God!