A daughter of a Hindu priest who was sexually abused as a child became drug-addicted for many years until Jesus came to her rescue.

Sangita Sharma grew up in a family practicing Hinduism. And because his father was a priest of the religion, their family’s culture strived for perfection and purity. Her dad was also a disciplinarian. Hence, her family lived in fear of the pain of the consequences of their wrongdoings. 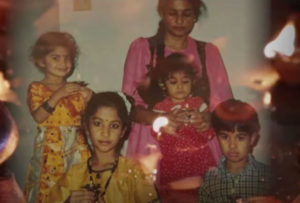 At 13-years-old, a boy in their neighborhood raped Sangita. It went on for about six months until her parents found out. But unfortunately, they believed the boy’s defense that what happened was consensual. It broke Sangita’s heart as she felt betrayed. The people she thought loved her and would protect her didn’t even believe her. Since then, Sangita has found it hard to trust people again.

Coping Up Trauma Through Drug Abuse

One day, Sangita’s mom left her father and took the children too. They left the neighborhood. However, the trauma of the abuse continued to haunt her.

Then at 14-years-old, she started harming herself and started cutting. Soon, Sangita discovered marijuana and got addicted to it. She also ran away from home and lived an aimless and purposeless life. And for the next ten years, her life was built around sex and drugs.

Sangita recalled at that moment, “My life is wasted. There’s nothing to live for. So I might just as well do drugs. And if people are going to rape me anyways, I might as well make money off of it.”

Further, she came to the point of wanting to end her life. But a small spark of hope always kept her from killing herself.

In September 2012, Sangita got the attention of a Christian testimonial video while scrolling on YouTube. She watched the video while at her boyfriend’s house. That’s when tears began to fall from her face.

For the first time, Sangita heard about the revelation of God’s unconditional love for her. At that moment, she felt God’s forgiveness and love that changed everything.

“I knew firmly that He was real, that He was the real God. And that there was no other God,” she testified.

What a powerful testimony!

"So I prayed with everything I had." - Rejected daughter of Hindu priest becomes a Daughter of God