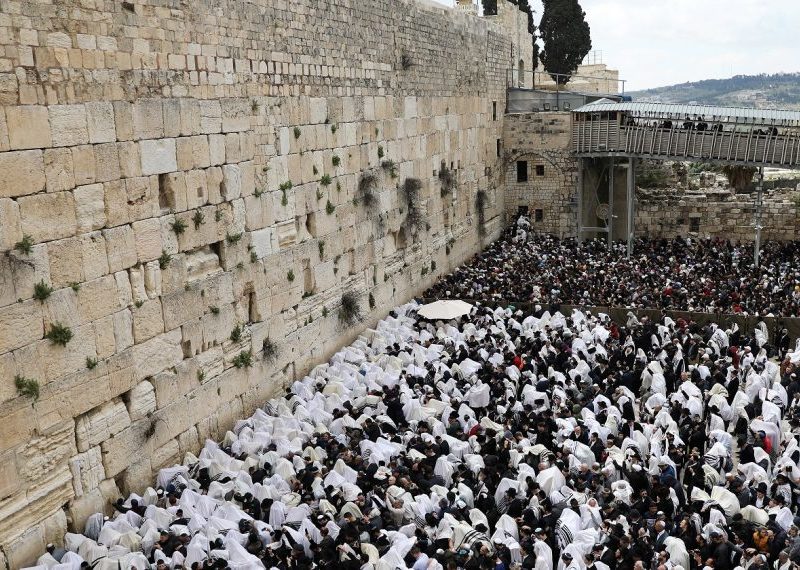 Activists recorded a sharp increase in Jewish worshippers who ascended to the Temple Mount during the Yom Kippur holiday on Wednesday, with a 37% increase compared to last year. 360 Jews prayed at the holy place, compared to 232 Jews last year.

Special police preparations allowed for the visit of large groups reaching 70 people in a group, and the visit of more than one group simultaneously.

The worshippers reported a special atmosphere with the reciting of the Yom Kippur prayers so close to their proper place, on the Temple Mount. Prayer leaders recited the full service out of memory as they were not allowed to bring prayer books with them.

During the 10 Days of Repentance before Yom Kippur, 1,368 Jews visited the Temple Mount this year, 158 more than last year.

Activists are preparing to welcome the Jewish worshippers during the upcoming Sukkot holiday when thousands of Jews are expected to ascend to the holy site.

For just $100 per month you can bring the gospel to 10,000 homes. Join us as media missionaries! GIVE NOW
VIEW COMMENTS
« Israel ‘Disgusted’ by Vandalism at British War Cemetery in Haifa Who Has The Power? »