written by The Israel Insider December 24, 2021 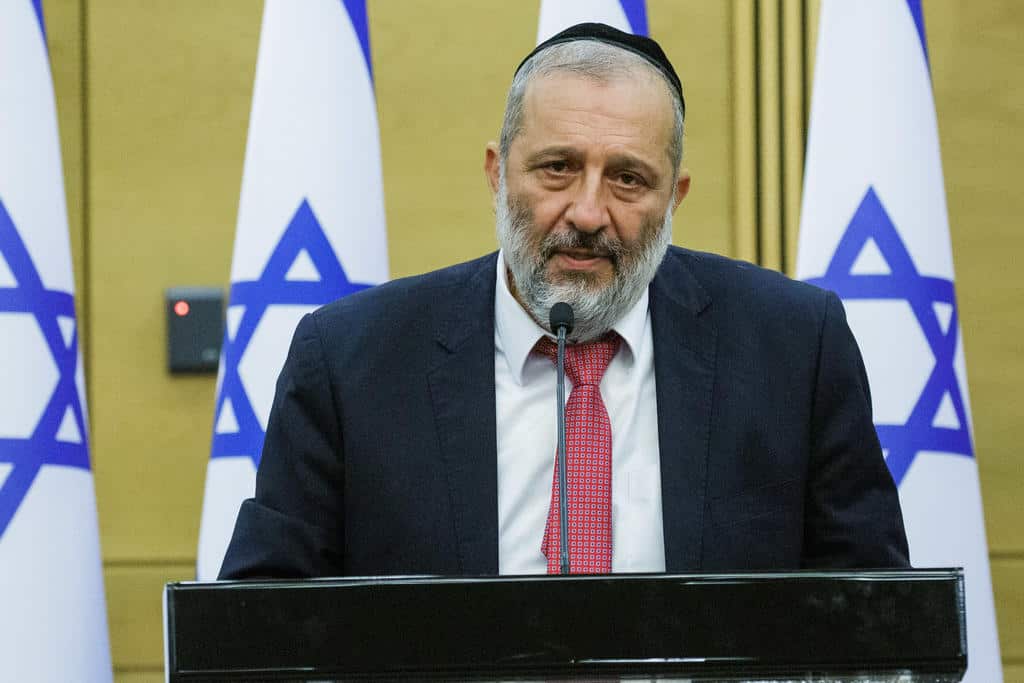 Member of Knesset Aryeh Deri, chairman of the Shas party, signed a plea agreement on Thursday according to which he will confess to tax offenses, pay NIS 180,000 and resign from the Knesset.

The plea agreement does not include the legal clause of defamation, which would prohibit Deri from serving as a minister in the future.

Deri was initially suspected of receiving large sums of money from a businessman, as well as tax offenses amounting to millions of shekels, and money laundering.

After over six years of deliberations, the plea bargain has Deri admitting to significantly smaller charges.

Attorney General Avichai Mandelblit stated that an indictment will be filed against Deri on two counts of tax evasion.

As part of the plea agreement, Deri will confess and be convicted in the indictment, and the parties will jointly petition the court for Deri to be sentenced to probation and a fine of NIS 180,000.

In his statement, Deri thanked God for “ending almost seven years of torturous interrogation that was for my family and for me an unbearably difficult time.”

“The investigation began with a loud noise, with very serious suspicions, and ended as Attorney General Dr. Avichai Mandblit defined it with the words: ‘Not even a mouse was born from this case,’” his statement read.

He categorized his the two offenses as “tax disputes” and “mistakes made without malicious intent,” and said he decided to take responsibility for them to “put the affair behind me and save the conduct of an entire trial on the matter.”

“I will continue to focus on my public activities and lead the Shas movement with full force and faith,” he underscored.

Former MK Yossi Tayeb is expected to enter the Knesset instead of Deri.

Politically, Deri is expected to remain the uncontested leader of the party.

This is not Deri’s first run in with the law. In 2000, while also serving as Minister of the Interior, Deri was convicted of taking $155,000 in bribes, landing him a three prison sentence. He was released in 2002, after serving 22 months.